“We had lots of promising ideas, but as a small startup, we did not have the time, money, or people to build prototypes to test each one. With Model-Based Design, we identified and validated the best ideas through simulation, making it possible to deliver a more full-featured scooter in less time.” 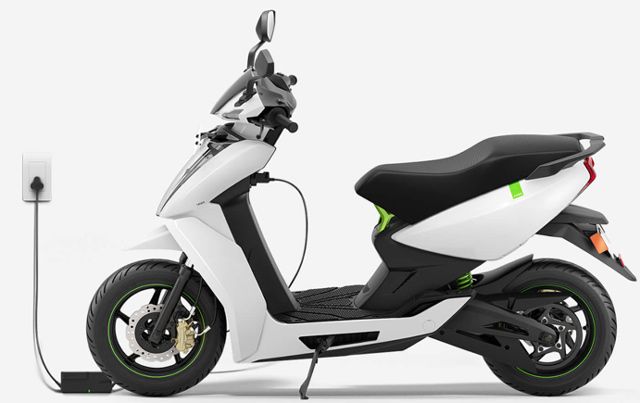 Most of Bangalore’s more than 5 million two-wheeled scooters—about 70% of all vehicles in the city—are petrol-powered, resulting in high levels of noise pollution and CO2 emissions. To meet the demand for cleaner alternatives, startup company Ather Energy has built India’s first intelligent electric scooter. Capable of accelerating from 0 to 40 km/h in less than 4 seconds, the Ather 450 has a top speed of 80 km/h and a range of up to 75 km on a single charge.

Ather engineers designed and optimized the scooter, its control software, and charging stations using Model-Based Design with MATLAB® and Simulink®.

“By running simulations with our Simulink models, we were able to test design ideas and understand how they would perform under various operating conditions—for example, on an incline, with multiple riders, in extreme temperatures, or with a mostly depleted battery,” says, Shivaram N.V., senior systems engineer at Ather. “Later, we used Model-Based Design for end-to-end algorithm development, from design through validation and code generation.”

The Ather team wanted to make it easy for owners of petrol-powered scooters to switch to the 450. That meant producing a scooter with comparable power and acceleration that could be recharged quickly at home or at locations throughout the city. Because the 450 would be one of the first of its kind in the market, the engineering team faced numerous unknowns, including rider usage patterns.

The team needed to run simulations to evaluate design concepts for a variety of riding and usage scenarios and make informed tradeoff decisions as they optimized design parameters. For example, although increasing battery capacity would provide better range, it would also increase cost and size, as well as alter the scooter’s center of gravity.

In addition to designing the scooter itself, the engineers needed to develop and implement embedded control algorithms for battery charging, temperature management, and other key functions. As a startup, Ather needed to deliver a viable product quickly with a small team while regularly demonstrating progress to investors.

Ather Energy used Model-Based Design with MATLAB and Simulink to model and simulate the 450 and to generate production code for the control software.

They began by building a plant model of the scooter and its main components. Vehicle dynamics and mechanical components were modeled directly in Simulink using first principles. The power converter and electrical circuitry were modeled using Simscape™ and Simscape Electrical™.

In the absence of detailed component data, the team took an empirical approach to modeling the battery cells. They tested the battery at various temperatures and state-of-charge levels, and used the measured input-output data with System Identification Toolbox™ to create a black-box model of the cell’s electrical and thermal characteristics.

The team conducted extensive simulations of the plant model to evaluate design tradeoffs. They refined the design until they had identified a motor and battery configuration that met the target acceleration and range requirements while satisfying cost, size, and temperature constraints.

Next, they developed algorithms for battery charging, power control, and temperature control in Simulink. They modeled the control logic in Stateflow® and used Control System Toolbox™ to tune controller gains. They ran closed-loop simulations with the plant model to validate their control design. They generated code from the controller model with Embedded Coder® and deployed it either to an ARM® Cortex® processor on the scooter or to a TI C2000™ microcontroller in the charging stations.

Using an agile and iterative development process, they rapidly debugged and refined the algorithms, sometimes generating and testing new code up to five times a day.

The Ather 450 is now in production, with an initial release in Bengaluru as well as 31 charging stations and 7 stations in Chennai. Ather’s founders, who learned MATLAB at IIT Madras, where they launched the company, will soon be opening pre-orders in their next market. 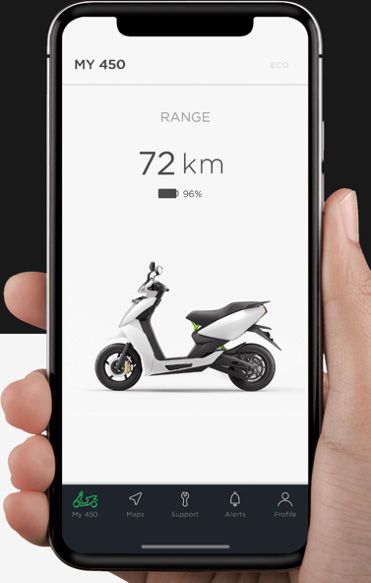 App showing the remaining range based on the battery’s state-of-charge level.