I have two voltage sources and I would like to get equal V_out from both sources to allow for a parallel connection. Does anyone have a suggestion on how I can use the Average DC DC converter to achieve this?

Judith Orinda 2020년 12월 22일
⋮
댓글: Pat Gipper 2020년 12월 30일
Hello everyone,
I am working with two voltage sources that I would like to use to charge a supercapacitor. I would like to program both sources to produce equal Vout so that I can connect them both in parallel. I have used the Average DC DC converter to my model but I am unable to get the same Vout from both sources. Does anyone have an Idea of How can do that? 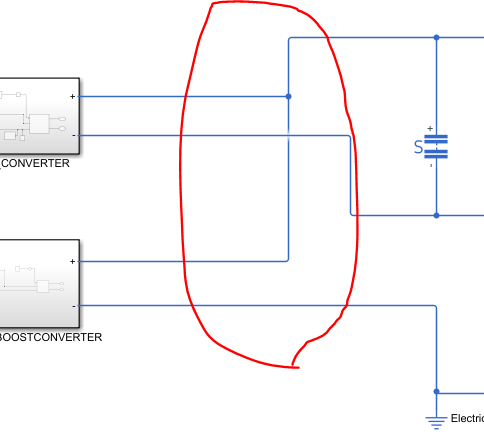 Pat Gipper 2020년 12월 22일
⋮
Trying to place power supplies in parallel with each will cause great unhappiness. At best you might tie the outputs together through diodes as shown below. 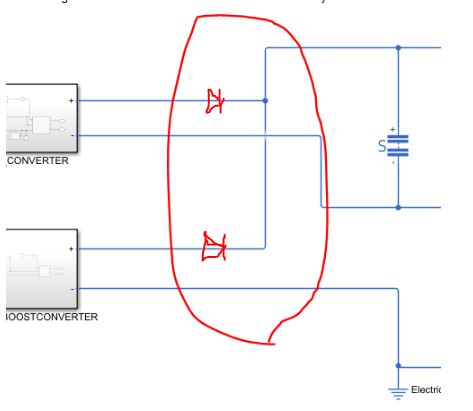 ⋮
I tried this but it does not solve the issue! I still get "a failure to converge error! " An error occurred while running the simulation and the simulation was terminated
Caused by:
I think this is because I have sources with un equal Vout, One of them is 3.192 and the other 3.106 and I am attempting to connect them in Parallel, I would like to tune the DC DC average converter so that I get equal Vout from both sources

⋮
Thank you for the time !

⋮
You are probably correct about the difference in the regulating voltages causing your problem. The regulator with the larger voltage will source all the power while the second regulator falls below a current in its operating range resulting in the convergence difficulties. I suggest that you hook an isolated load to each regulator that draws enough current to allow convergence of each regulator. A simple resistor upstream of each isolation diode would suffice. Good luck!