This example calculates the Hall sensor sequence with respect to position zero of the rotor in open-loop control.

A Hall effect sensor varies its output voltage based on the strength of the applied magnetic field. According to the standard configuration, a brushless DC (BLDC) consists of three Hall sensors located electrically 120 degrees apart. A BLDC motor with the standard Hall placement (where the sensors are placed electrically 120 degrees apart) can provide six valid combinations of binary states: for example, 001,010,011,100,101, and 110. The sensor provides the angular position of the rotor in degrees in the multiples of 60, which the controller uses to determine the 60-degree sector where the rotor is present.

The target model runs the motor at a low speed (10 RPM) in open loop and performs V/f control on the motor. At this speed, the d-axis of the rotor closely aligns with the rotating magnetic field of the stator.

When the rotor reaches the open-loop position zero, it aligns with the phase a-axis of the stator. At this position (corresponding to a Hall state), the six-step commutation algorithm energizes the next two phases of the stator winding, so that the rotor always maintains a torque angle (angle between rotor d-axis and stator magnetic field) of 90 degrees with a deviation of 30 degrees.

The Hall sequence calibration algorithm drives the motor over a full mechanical revolution and computes the Hall sensor sequence with respect to position zero of the rotor in open-loop control.

Note: This example works for all motor-phase or Hall sensor connections.

The example includes these models:

You can use these models only for code generation. To open a Simulink® model, you can also use the open_system command at the MATLAB® command prompt. For example, use this command for a F28379D based controller:

For details on the supported hardware configuration, see Required Hardware in the Generate Code and Deploy Model to Target Hardware section.

This section shows you how to generate code and run the motor by using open-loop control.

The host model uses serial communication to command the target model and run the motor in an open-loop configuration by using V/f control. The host model displays the calculated Hall sensor sequence.

3. Update these motor parameters in the Configuration panel of the target model.

4. Load a sample program to CPU2 of LAUNCHXL-F28379D. For example, you can use the program that operates the CPU2 blue LED by using GPIO31 (c28379D_cpu2_blink.slx), and ensures that CPU2 is not mistakenly configured to use the board peripherals intended for CPU1.

5. Click Build, Deploy & Start on the Hardware tab to deploy the target model to the hardware.

For details on serial communication between the host and target models, see Host-Target Communication.

You can use the Scope in the host model to monitor the open-loop rotor position and Hall sequence values.

7. In the Host Serial Setup block mask in the host model, select a Port name.

8. Click Run on the Simulation tab to run the host model and start Hall sequence calibration for six-step commutation control. The motor runs and calibration begins when you start simulation. After the calibration process is complete, simulation ends and the motor stops automatically.

Note: If the motor does not start or rotate smoothly, increase the value of the Vd Ref in Per Unit voltage field (maximum value is 1) in the Configuration panel. However, if the motor draws high current, reduce this value.

As a convention, six-step commutation control uses a forward direction of rotation that is identical to the direction of rotation used during Hall sequence calibration. To change the forward direction convention, interchange the motor phase wires, perform Hall sequence calibration again, and then run the motor by using six-step commutation control.

9. See these LEDs on the host model to know the status of calibration process:

Note: This example does not support simulation.

To immediately stop the motor during an emergency, click the Emergency Motor Stop button.

For examples that use six-step commutation using a Hall sensor, update the computed Hall sequence value in the bldc.hallsequence variable in the model initialization script linked to the example. For instructions, see Estimate Control Gains from Motor Parameters. 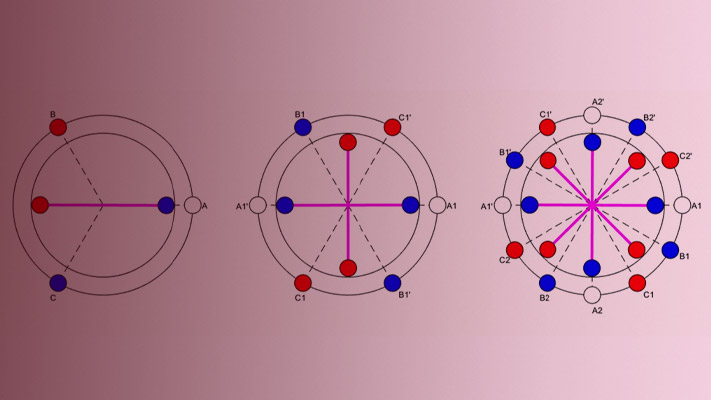