Use Simulink to model the system and the aircraft dynamics, run requirements-based test simulations, and speed the delivery of mature, internally validated software requirements 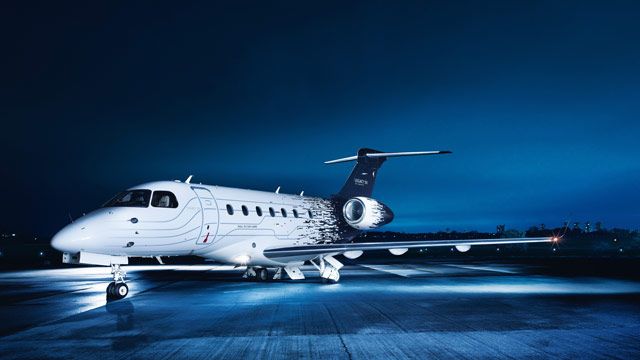 Embraer used MATLAB® and Simulink® to speed up the development and validation of well-defined low-level requirements for the Legacy 500 FCS, and to increase requirement quality.

“With Simulink we could prototype several solutions rapidly, test them all, and then pick the best one,” says Rodrigo Fontes Souto, product development engineer at Embraer. “As a result, the supplier who implemented the FCS reported significantly fewer issues. With fewer issues to resolve, we have more time to work on new features, and we can deliver a more mature product on time and at lower cost.”

The Legacy 450 and Legacy 500 are clean-sheet designs with extensive innovation in technology and aircraft features, including state-of-the-art fully digitally controlled systems never used before in the mid-light and midsize jet categories. The design goals and deadlines for entering a mature product into service on time meant that the design team had to create a very detailed product development plan and look for tools and partners that could both shorten the development cycle and mitigate development risks.

On early designs developed without the intensive use of modeling and simulation, it was difficult to ensure consistency in the specification of low-level requirements. As a result, requirements sometimes had to be rewritten after they were delivered to the supplier, wasting time and increasing costs.

Embraer engineers used modeling and simulation with Simulink to define the low-level requirements for the Legacy 500 FCS.

Working in Simulink, the modeling group created a detailed model of the FCS, as well as models of the aircraft dynamics and pilot inputs. The complete model comprises more than a million blocks and dozens of components, many with more than 700 inputs and 500 outputs.

Test automation was another key to development success. The group set up workstations to run more than 1500 test cases continuously, and wrote MATLAB scripts to automate tasks in the testing process. Using Simulink Coverage™ the engineers analyzed model coverage and identified untested elements of the model, refining and extending their test cases until they achieved 100% coverage.

Model reuse saved significant time and improved quality. Simulink Coder™ was used to generate code from their Simulink model, which the group used in their flight simulator and their iron bird hardware-in-the-loop test environment.

After validating the low-level requirements internally, Embraer delivered the written requirements to the supplier, who performed their own validation before using Simulink and Embedded Coder® to implement the system according to DO-178 Level A and other aviation standards.

The Legacy 500 received certification from the Federal Aviation Administration and the Brazilian Civil Aviation Agency on schedule, and the aircraft is currently in production.