Learn how Simulink® can be used as a design platform for software designs consisting of multiple functional components.

Simulink block diagrams allow you to simulate and generate code from components developed in various modeling languages. In this video, you will see an example of these modeling languages that integrates MATLAB® code for computer vision, Simulink blocks for low-level control, and Stateflow® charts for supervisory logic into one system-level model.

Explore how you can partition large Simulink models into multiple files such that each component can be developed and tested independently before integration. View the code generated from a Simulink model hierarchy whose individual components may be in different files and may execute at different sampling rates.

MathWorks Support for Student Competitions
Send feedback about this video 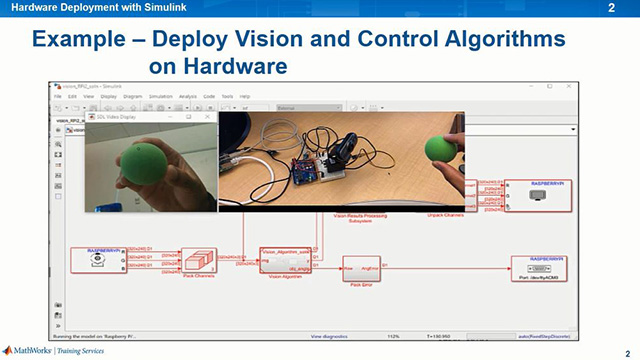