aboharbf 2020년 4월 18일
⋮
편집: Oliver Woodford 2020년 9월 21일
Hey All,
attempting to visualize a raster of lines and running into issues. When the lines are plotted as lines, the image appears correctly, as follows: 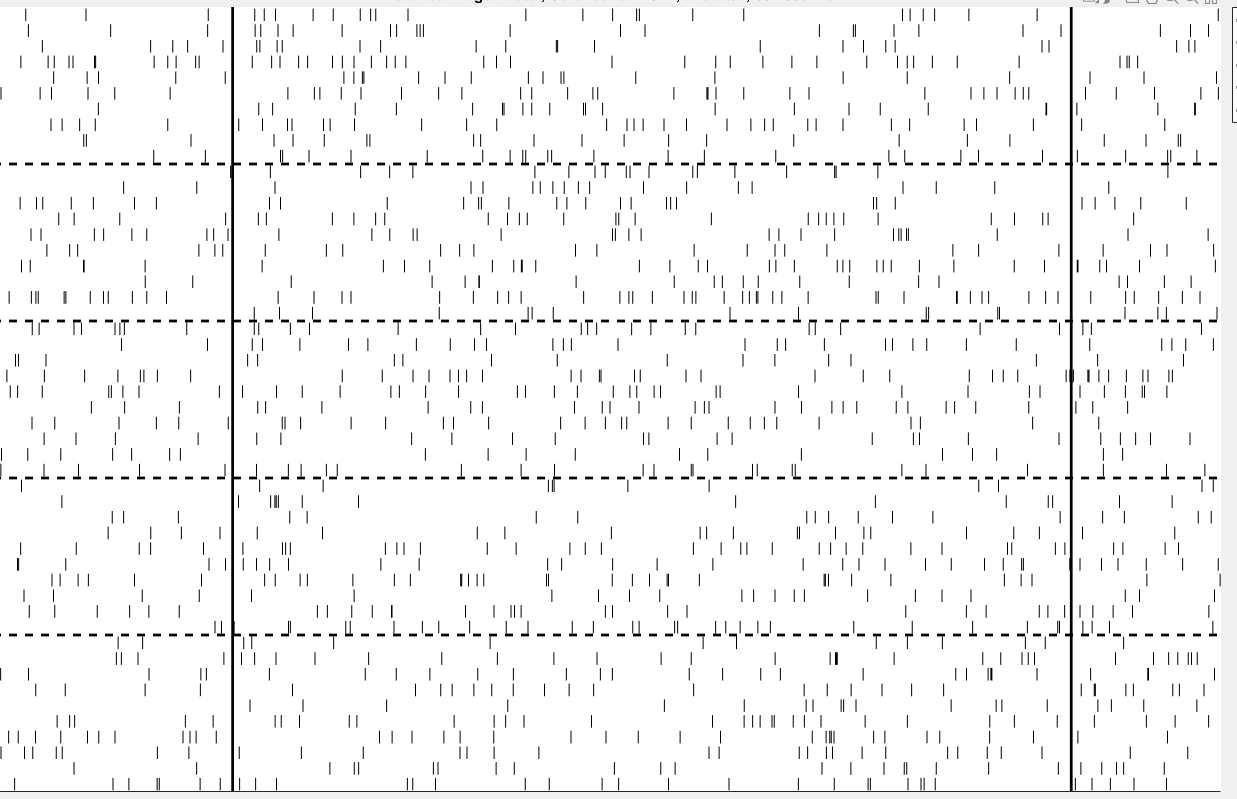 When attempting to visualize the same lines (ignoring the large vertical and horizontal lines), I get the following 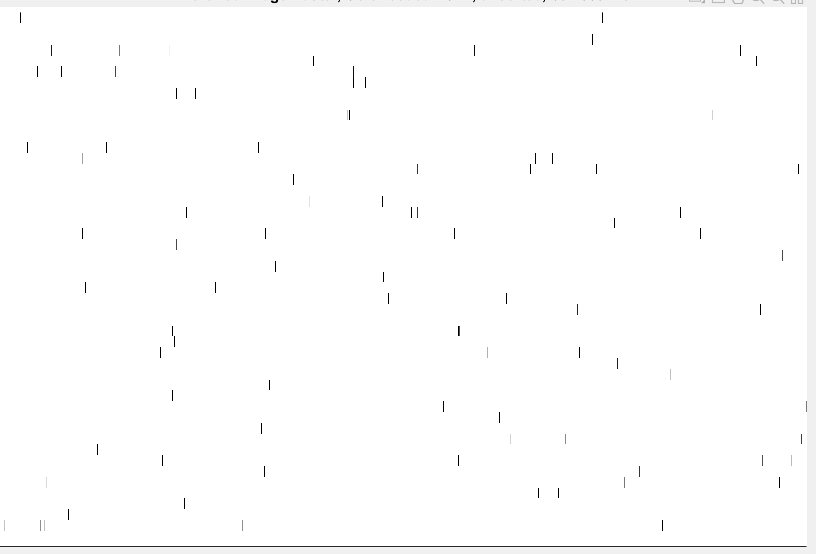 zooming in, all the same lines are present, just zoomed out they have varying degrees of visibility. Is there a way to modify MATLAB handling of this image to produce an image closer to what appears above?

⋮
편집: Oliver Woodford 2020년 9월 21일
I'm just wondering why, if the results using plot are correct, or what you want, why you're trying to rasterize the lines. What is wrong with the approach using plot? If it's rendering time, please share how you call plot. 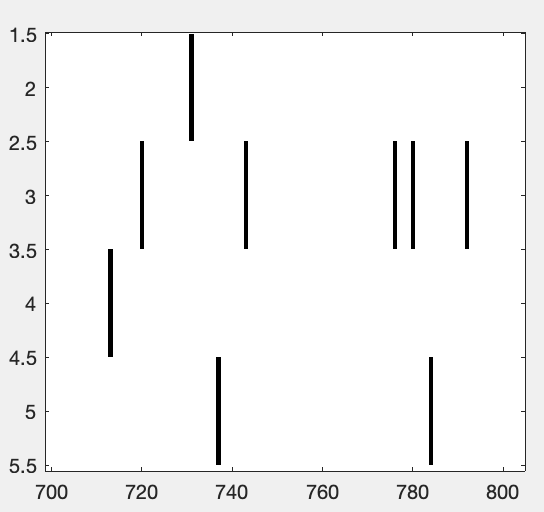 ⋮
spy(data) ?
Anyhow, what controls are available are described at https://blogs.mathworks.com/graphics/2015/07/13/graphicssmoothing-and-alignvertexcenters/

⋮
So the issue isn't when it is zoomed out, my hope is to recapitculate the behavior of drawing tick marks w/ plot() using an image drawing function instead, since im drawing many hundreds if not thousands of ticks.
I was using imagesc(), and I realize the image isn't 'big enough', but I wanted to know how to drive the behavior to get closer to the fully drawn line way. It does seem like your sc functions improved things. I will investigate the smoothing and vertexcenter function next. Thank you both!

⋮
You get gray from binary when MATLAB applies anti-aliasing, especially when you are trying to render more data pixels than fit into the physical pixels.

⋮
It's not possible to do using any of the builtin image rendering functions. They will either blur or do nearest neighbor downsampling, in which case you get gray or lose lines. The plot function renders a line, however zoomed out you are. This is akin to resampling using the min() operator. What you can do is resample in the x direction by taking the min over blocks of columns (or max if your sparse lines are represented by 1s, not 0s).

⋮
Walter - I attempted to find the 'AlignVertexCenters' property of my figures but it doesn't exist. Not sure why. I'm using 2019b.
Oliver - Would this need to be setup via a custom callback or are there any methods available to do something like this?

⋮
AlignVertexCenters is a line property, not a figure property and not an image property.

⋮
Then in this case, it seems like it would defeat the purpose, since I'm trying to get rid of the greys present in an image as a way of avoiding the much more computationally taxing task of drawing many lines. It is a handy thing to know about though, so thank you for sharing.

⋮
I was suggesting shrinking your image to the resolution you intend to visualize it on screen, before passing it to the rendering function, rather than have some kind of callback which actively resizes the image to fit the zoom. Do you need to have the ability to interactively zoom in?

⋮
The features I pointed to are the only graphics smoothing and anti-aliasing available. In particular the GraphicsSmoothing figure property would be the one applicable.

⋮
Maybe conv2() the array with ones() the size of the number of data pixels that will be rendered down to one physical pixel, and logical() the result. That would be equivalent to an OR operation over the entire block.

⋮
@Oliver - I do need the ability to interactively zoom in and out.
@ Walter - I tried the Graphics smoothing but it didn't appear to have any influence unfortunately. Likely due to the plot being purely vertical lines. The function you describe may be worth a shot though, thanks for the tip.