How to crop images in Matlab based on Intensity Profiles? 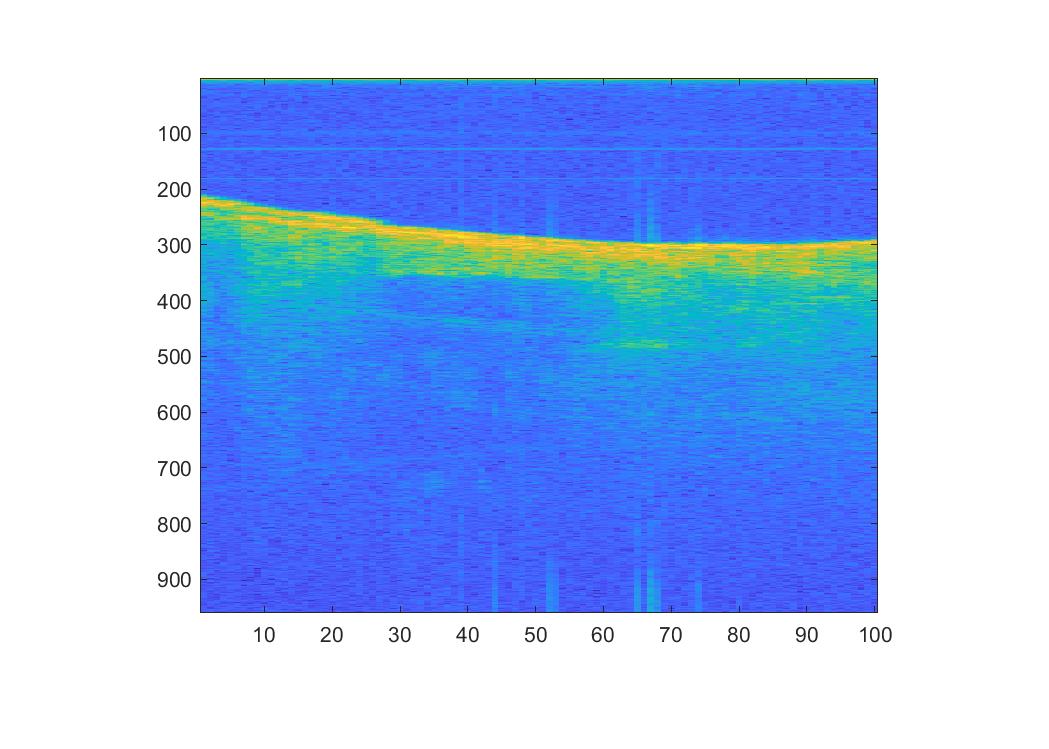 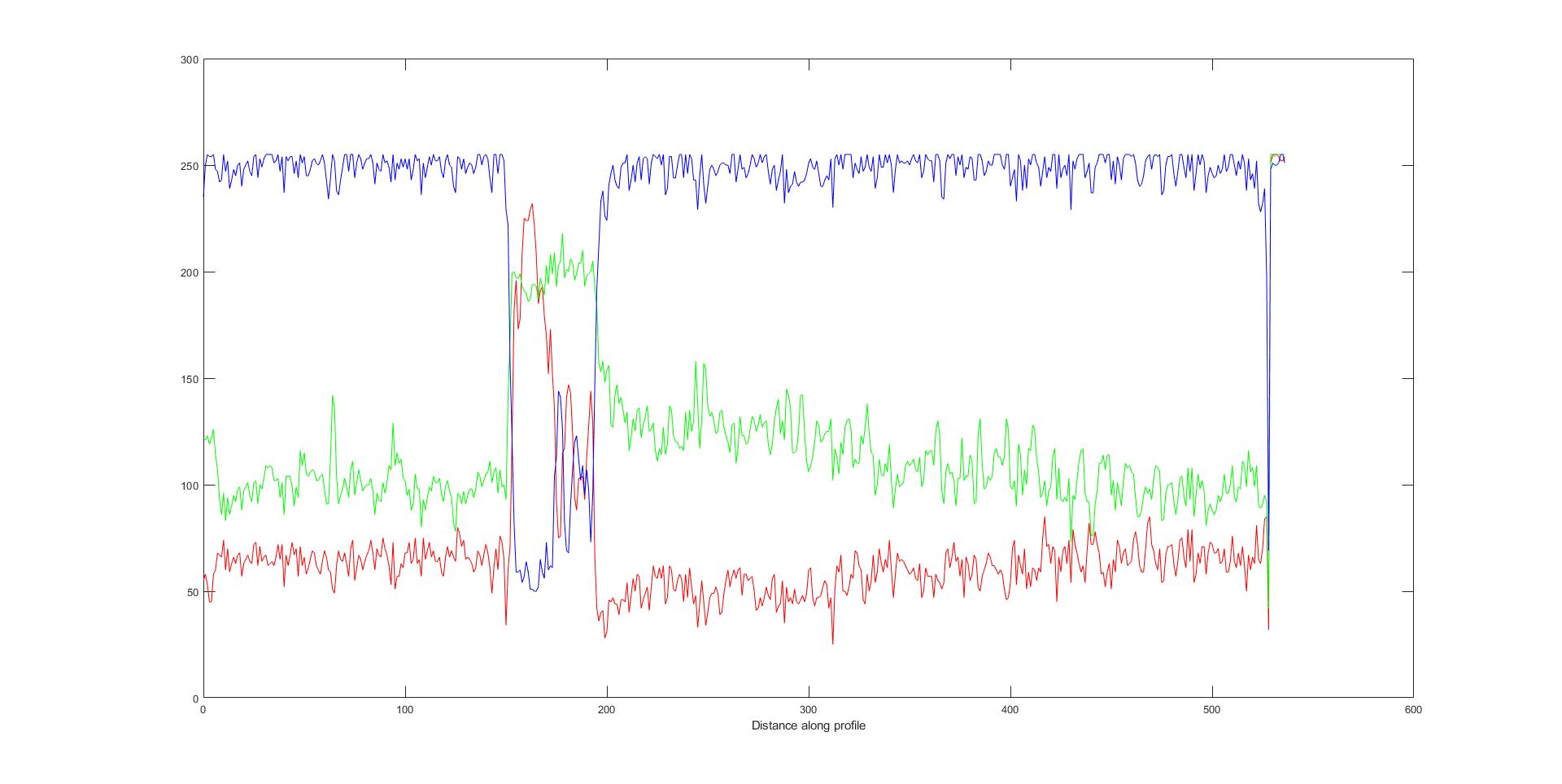 In the image above, it can be seen that the blue portions still remain in the image which I don't want. Any help would be very much appreciated. Thank you.

⋮
Hi Kalyan,
I want to crop out the blue portion. That is I want an image with only the yellow and green color parts.

⋮
What remain in the blue pixels on resultant image? What would be the size (rows x colm) of the output images, is it same as original images?

⋮
Hi Kalyan,
The resultant image would somehow look below: 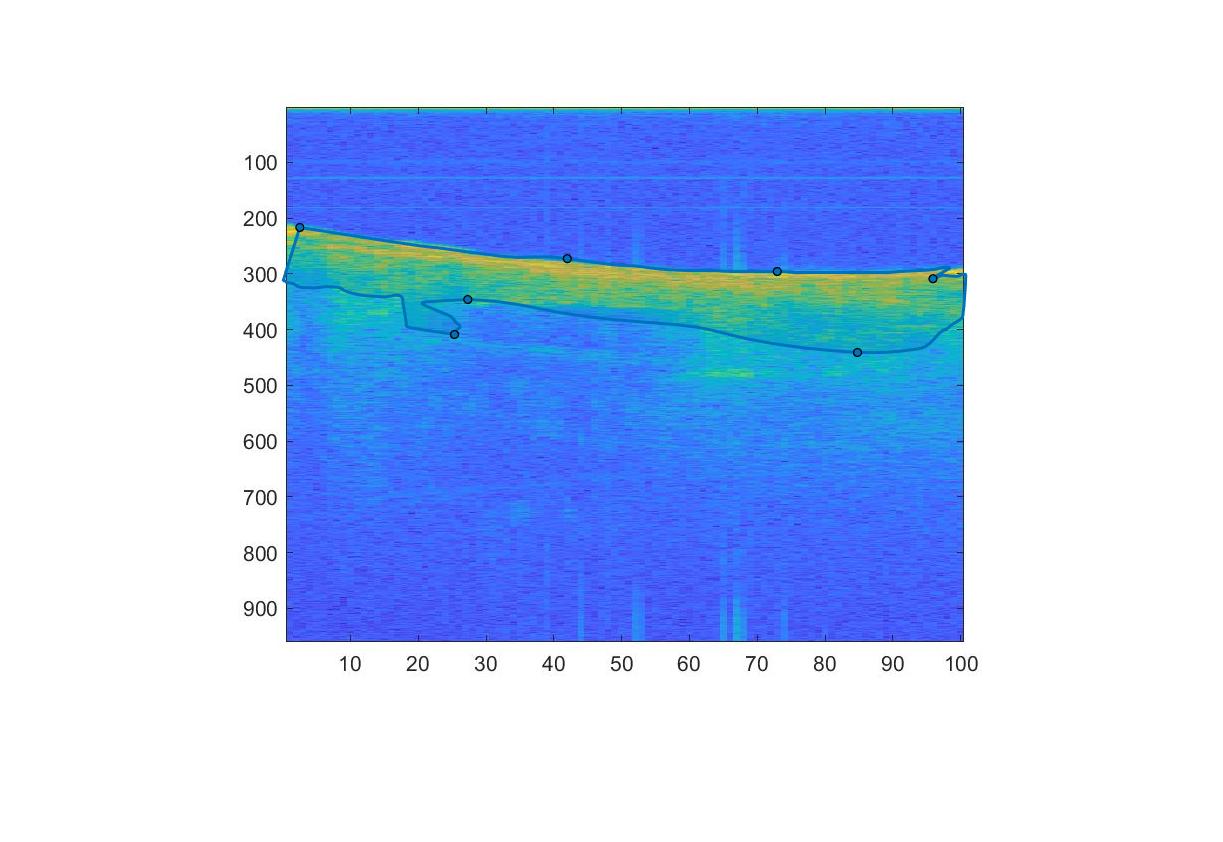 However, I used drawfreehand() above which should not be a correct process to crop the image above as this would cause loss in information. I want to crop out the blue parts of the image based on the intensity profile.

⋮
If I am not wrong, 2-3 days before you asked the same question, right? I can help on segmentation only, this approach I have to try. Hope experts will give answer to your question.
Good Night!

⋮
Hi Kalyan,
You are absolutely correct. I did ask similar question few days back. There, I wanted to crop using drawfreehand() approach. Now I want to crop using the intensity profile. Anyways, any help on segmentation would also be of a great help. Thank you very much for your cooperation.

⋮
Can you post the original image? The grayscale image before you pseudocolored it? That's really what you need. If you don't have that, you'll have to "undo" the colormap, like I did in the attached example. 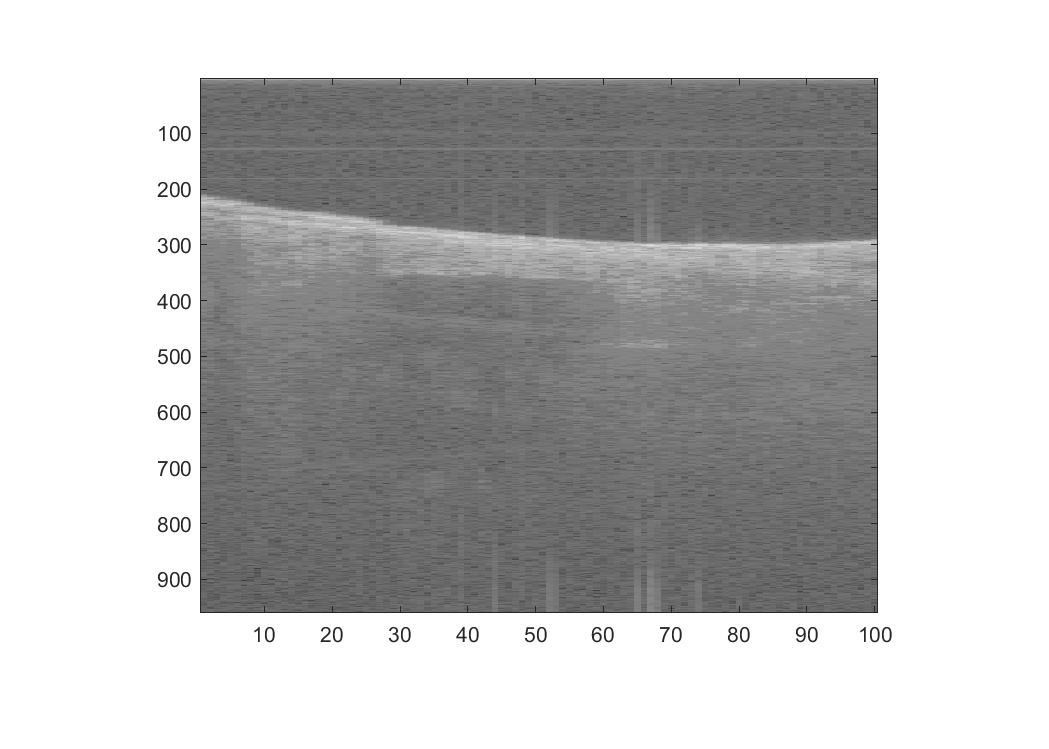 ⋮
Hi ,
My original image has been obtained from OCT machine which has axes numebrs on it. Unfortunately, I am unable to remove it from the image.

⋮
Looks like you've accepted the answer below. I am dealing with an OCT project in my company right now. I would not segment/threshold the RGB image like in the answer and like you've done it above. You have the original gray scale image and that's what you need to threshold. Do not do it on the RGB image.
brightStuff = grayImage > some Value;

⋮
Hi Image Analyst,
Thank you for the suggestions. I would implement those in the final output.

⋮
Hi Awezmm,
That works perfectly for me. Thank you very much for the help.