Fabio Taccaliti 2022년 7월 13일
⋮
편집: William Rose 2022년 8월 7일
Hello everyone,
I have a Matlab issue that is blowing my mind..
I have a lsit of 3D grid point that represents some locations on an aircraft wing.
I would like to join this grid point with the airfoil of the wing at each z lcoation (so for each row of the grid) and then plot the surface in between (like with the mesh function).
This is how it looks like right now. All the grid coordiantes are inside a 1x3 cell called Coordinates, with 14x8 double respresenting all the x,y and z coordinates. Where 14 are the number of rows and 8 are the grid markers for each row (4 on one side and for on the other side). 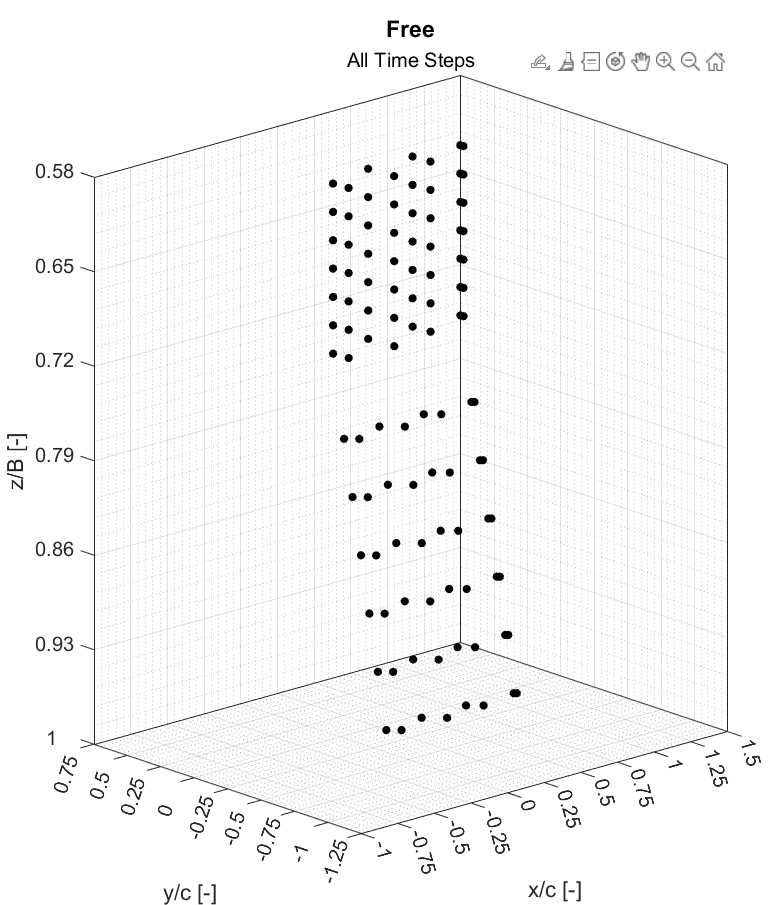 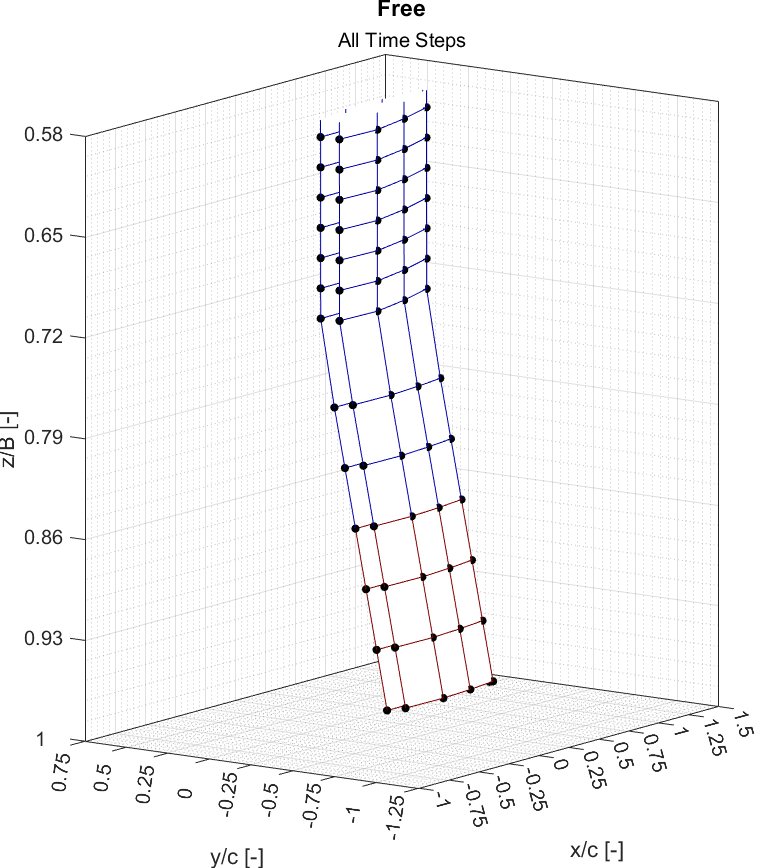 Thanks a lot in advance

William Rose 2022년 8월 7일
⋮
@Fabio Taccaliti,
I do not understand what is wrong with the final image generated by your code. It looks good to me.
The only problem I see is that the grid does not come around the leading edge of the airfoil. (I assume the wing is vertical in the plot, and that the leading edge is at approximately x/c=0, and the trailing edge is at approximately x/c=+1.25.) You can fix this by duplicating the first set of 14 points, so that is also the final set of points. Then you will have a 14x9 array of points. This should cause the mesh to wrap completely around the leading edge.
Is there something else about the image which is unsatisfactory?

⋮
@Fabio Taccaliti, perhaps what is undsatisfactory is that the mesh() command creates a surface that you cannot see through. If that is the prooblem, then don;t use mesh. Make the array have 14x9 points instead of 14x8, for the reason explained above.
I must admit that I do not understand the structure of Coordinates{}. Therefore I will pretend that Coordinates is a 14x9x3 array, where the final dimension of the array corresponds to the x,y,z coordinates. Then use a loop:
hold on; %to preserve points plotted with scatter3
for i=1:14
plot3(Coordinates(i,:,1),Coordinates(i,:,2),Coordinates(i,:,3),'-k')
end
This should plot a black line through 9 points (where points 1 and 9 are the same point), at each of the 14 levels.
Try it. 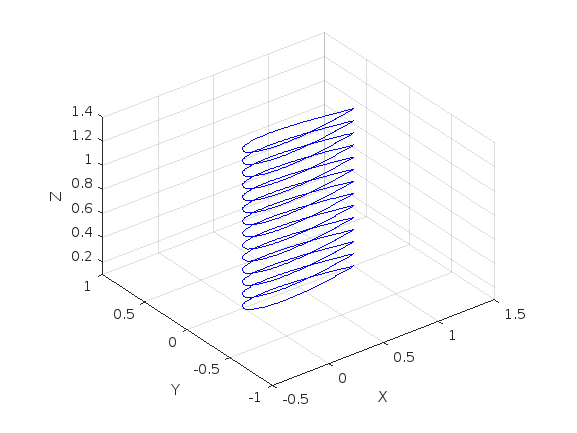 The code above demonstrates how to plot a set of profiles. 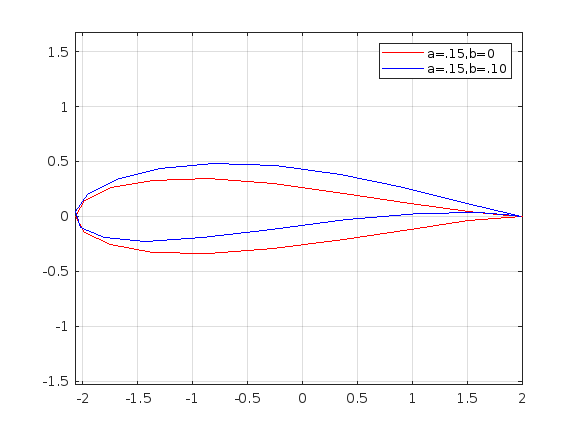