Peter Valent 2021년 12월 15일
⋮
답변: Jan Studnicka 2021년 12월 16일
I am building an app that will display various geographic data - vector (points, lines, polygons) and raster. Because of this I would like to plot the data on map axes which can be created using the axesm function. Let's say that all the data I would like to plot will have geographic coordinates (lat,lon). I have problems with understanding the limits (both horizontal and vertical) of the axes. What do the numbers mean?
Les't have a look at this simple example which plots a polyline in geographic coordinates on map axes.
s = geoshape([42 45],[10 15]);
a = axesm('mercator');
geoshow(a,s)
It produces a very simple plot, where the limits of the horizontal axis should be for sure somewhere between 40 and 50. However, when I try to get the limits of the horizontal axis I get strange values that are nowhere what I would expect (see the code below).
a.XLim % this gives me [0.16,0.28]
getm(a,'FLatLimits') % this gives me [-86,86]
I need to know the limits of both the horizontal and the vertical axes in correct geographic coordinates due to resizing function in the app.
SIMPLE EXAMPLE: 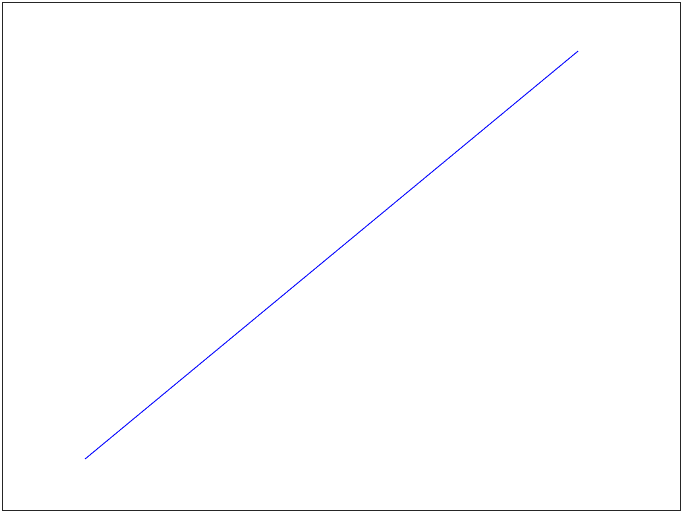 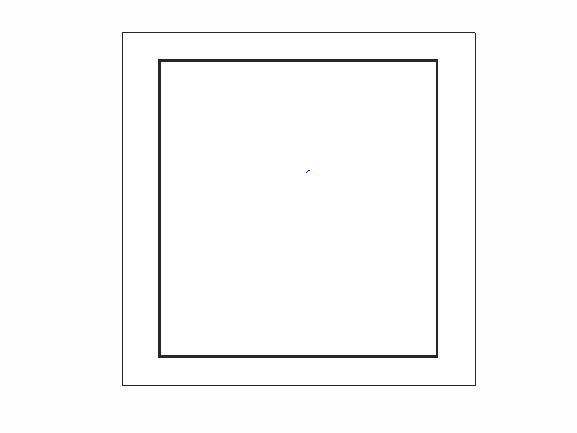 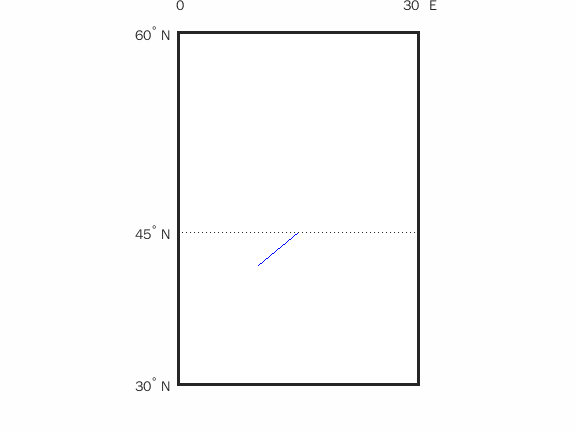