Increase the energy efficiency of new and existing cruise ships, container ships, and other large vessels

Use Simulink and Simscape to model, simulate, and optimize ship energy flow at the system level

“Simulink and Simscape enabled us to create a dynamic model of a complex energy system that spans several physical domains. By simulating this model, we can see how a new energy subsystem will perform before it is built, and provide customers with an accurate estimate of their return on investment.” 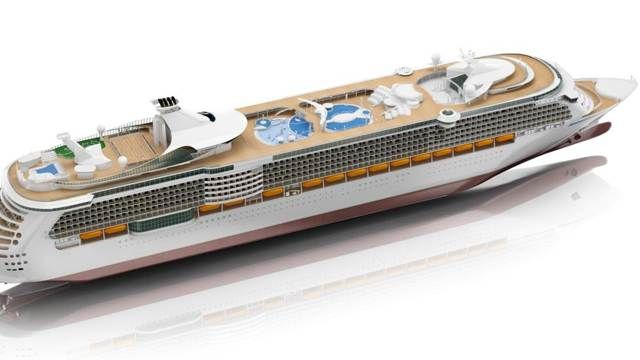 Cruise vessel. The simulator built by ABB, Deltamarin, and VTT enables engineers to design and optimize energy flows for large ships such as this.

To help meet this demand, ABB, Deltamarin, and VTT Technical Research Centre of Finland partnered to build a ship energy flow simulator using MATLAB®, Simulink®, and Simscape™. The simulator enables engineers to test, evaluate, and implement novel technologies with fewer prototypes, as well as to design and retrofit optimized energy systems based on customer requirements and ship operating profiles.

“It is practically impossible to prototype a major energy subsystem for today’s vessels—it takes too long and is too expensive,” says Juha Orivuori, lead development engineer at ABB. “Simulink and Simscape enable us to simulate each individual subsystem as part of a complete ship energy system so that we know how it will work before we implement it.”

Increasing a ship’s cargo capacity can reduce unit operating costs, but larger ships require more complex power plants with more sophisticated mechanical, electrical, hydraulic, and thermohydraulic subsystems. Because the behavior of these subsystems is interdependent, improving the performance of one subsystem may actually reduce overall efficiency. As a result, selecting and dimensioning propulsion, main power systems, all the auxiliaries, and cooling and heating for new and existing ships is a challenging optimization problem.

In the past, engineers used spreadsheets to calculate ranges for component sizes, but they found several drawbacks with this approach. The spreadsheets were not always reusable across projects, and colleagues found them difficult to review and understand. The approach was impractical for analyzing the system at various ship speeds and drafts or under wind, sea state, and other operating conditions. Spreadsheets were not suitable for dynamic analysis, and they could not be compared with data measured at sea or used to develop control systems.

To understand and identify interactions between different subsystems, Deltamarin, ABB, and VTT needed to model the complete ship energy flow with mechanical, electrical, hydraulic, thermal, pneumatic, and thermohydraulic components. They then needed to simulate this multidomain physical model to perform system-level optimizations.

The team developed component models based on first principles using Simscape blocks from the mechanical, electrical, thermal, pneumatic, and hydraulic domains. They used measurements taken from actual ship systems to set parameter values in the models and validate simulation results.

“One advantage of creating the models based on first principles is that the models are easy to understand,” says Guangrong Zou, research scientist at VTT. “We can clearly see how well a Simscape model is working even if we do not have measurements to fully validate it.”

Using the Simscape language, they defined three custom physical domains—thermalfluid, steam, and electrical AC—and built libraries of new Simscape components based on those domain definitions, including a new thermalfluid library with more than 50 components.

To meet the needs of ship designers who use spreadsheets to perform energy balance equations, the team built an interface to the simulator that enables designers to provide simulation inputs and review simulation outputs in Microsoft® Excel®.

The group has modeled and performed energy flow simulations for cruise ships, container ships, and other ship types, and ABB is using the simulator with its onboard Energy Monitoring and Management (EMMA™) system to understand the efficiency of existing vessels.