On March 16, 2020, Ayse Tekes, a professor of mechanical engineering at Kennesaw State University (KSU), knew her job was about to drastically change. Like nearly all academic institutions around the world, KSU had just announced its decision to go fully remote for the remainder of the spring semester and asked their students to return home until further notice.

COVID-19 disruptions have touched every part of the college experience. Classes and lectures moved online with relative ease. But labs are the place where engineering students connect the theory for the lectures to the reality of the physical world. The lab equipment essential for bringing to life abstract concepts of vibrations, dynamics, and control theory was no longer accessible, and Tekes was particularly concerned about what that would mean for her students. 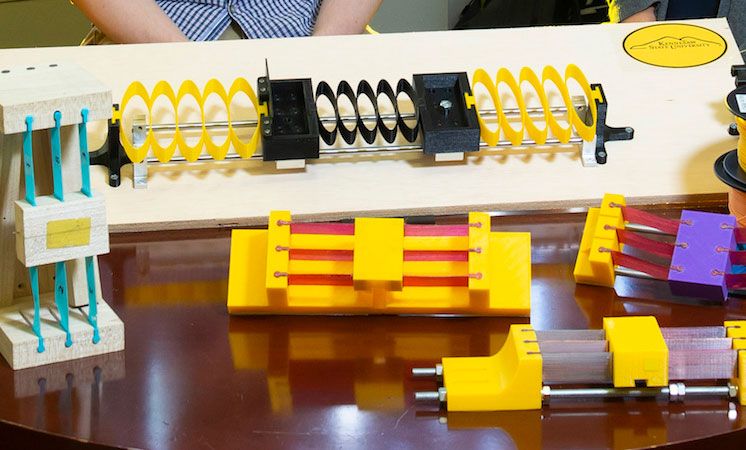 As she began preparing to move all her courses online for the foreseeable future, Tekes was struck by an idea: instead of sending her students grainy videos of the lab they had left behind, she would build a new kind of lab that they could interact with and control from their own homes—with a little help from Simscape™, a physical system modeling tool.

A Spark of Inspiration

Even before the pandemic completely changed Tekes’ school year, she says that she had been dissatisfied with the kind of in-person demonstrations she was able to do for students in the classroom or lab.

With the help of a former undergraduate student, Tekes developed virtual equipment, such as a system that could mimic the oscillating motion of a pendulum, and packaged it to enable students to work offline.

Tekes believed that a hands-on approach was essential for helping undergraduate students fully grasp and explore physical concepts such as the precise oscillations of a mass-spring-damper system or the changing dynamics of a large system. Time constraints and limited lab access can also make full immersion in the material difficult.

This conviction that something needed to change only became clearer as Tekes made the transition to fully remote teaching and it was determined that the summer semester would also be fully remote. She needed to teach the lab concepts of her course using videos alone.

With the help of Paul Pena, a former undergraduate student who was versed in Simscape, Tekes developed a virtual version of the equipment in the KSU engineering lab that could mimic the oscillating motion of a pendulum.

“I started working with him in May and, by June, we had a very good setup,” says Tekes. “It was an initial setup, but it was good enough for me to run all my labs on for the summer because I needed to create 10 virtual labs.”

And better yet for her students, who were scattered far and wide from campus and would occasionally struggle to access digital materials online, the entire virtual labs package could be downloaded once and run offline, all without needing to know how to code.

Beyond developing her lab experiments in Simscape and accompanying handouts, Tekes and Pena also created MATLAB® apps for vibration and control analysis for use in Simscape, to provide students an easy access point into the modeling tool.

“It was really cool to see how frequencies and resonances can change within that little bit of tweak. In the app, there are a lot of things you visually see instead of being taught them theoretically.”

Instead of asking students to choose for themselves from the numerous components and systems in Simscape, the app enabled students to simply interact and adjust the parameters on predesigned systems in the virtual labs.

“Using the app, students can easily change system parameters such as mass values, damping, and spring constants and simulate the system with the updated parameters,” explains Melda Ulusoy, a MathWorks product marketer who specializes in controls systems. “They can also visualize the system’s response in 3D, which is essential to their understanding of vibrations and controls topics.”

The MATLAB app for vibration and control analysis created by Professor Tekes and student Paul Pena.

Ulusoy is now working with Tekes to further develop her virtual lab materials. The plan is to expand the use beyond KSU.

In addition to designing handouts, Tekes’ student Pena also helped create a series of YouTube videos that walk students through their assignments in the app.

For Basheerah Fareed-Hebert, an undergraduate mechanical engineering student at KSU who was enrolled in one of Professor Tekes’ courses in the fall, this app was her first introduction to a MATLAB software. In addition to being easy to use, she says that it also really helped her solidify and connect theoretical concepts to physical systems.

“My favorite one was when we did vibration isolation,” said Fareed-Hebert. “It was really cool to see how frequencies and resonances can change within that little bit of tweak. In the app, there are a lot of things you visually see instead of being taught them theoretically.”

And it is not just Fareed-Herbert who found the app helpful. In a survey gauging students’ response to the app, Tekes found that it had an overwhelmingly positive reception. In particular, the app helped students grasp difficult theoretical concepts.

Plot of the forced response of a two-mass, two-spring system.

By having her students use this software, Tekes says she is not limited to teaching them only typical forms of dynamics and can instead have them work with more innovative, forward-looking systems.

“Everything is now going toward soft robotics, and I wanted my students to actually be ready for that phase … even as an undergrad,” said Tekes. “I’m really challenging them and designing different types of springs that they can never see in a theoretical textbook.”

For students who may work in the future on analysis and control designs of real-world complex dynamical systems, understanding the value of simulation first and testing prior to implementation will be incredibly helpful, says Ulusoy.

While Tekes’ virtual labs may have been forged in the fires of COVID-19, she says that this experience has now inspired her to take the work further. She is hoping to create more lab modules and curriculum using this software for disciplines even beyond mechanical engineering, such as aerospace engineering, robotics, and math.

“MATLAB apps are a good teaching tool and don’t need to be relegated to lab use only.”

“It started with creating virtual labs because of COVID, but I will use my apps in my classes as well,” said Tekes. “They are a good teaching tool and don’t need to be relegated to lab use only.”

Tekes hopes that software like this can be made available to all educators who want it, and especially to high school teachers whose classes are fundamental for students developing an interest in STEM.

“These labs are available on my web site to any educator who wants to help their students who are struggling in connecting the theory with their real-world applications,” said Tekes. “I want to help educators—I wanted to help students actually see what’s going on. This was my aim from day one.”

Learn More About Virtual Labs and Teaching with MATLAB and Simulink 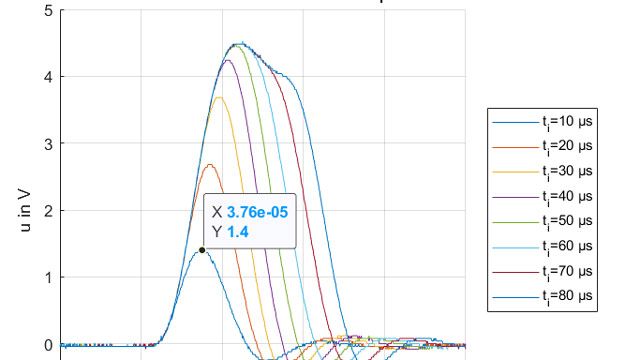 University of California Davis
Engaging Students in Project-Based Learning with MATLAB Mobile and ThingSpeak
Virtual Labs and Projects with MATLAB and Simulink. 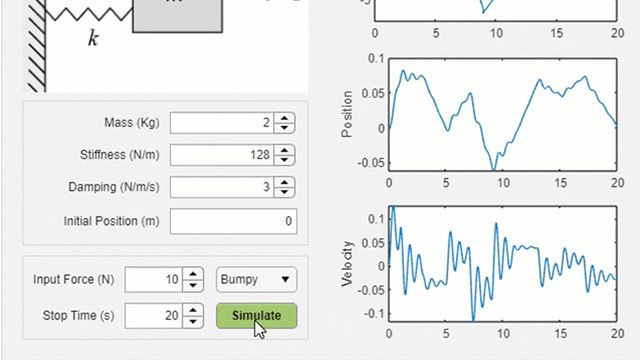