Filling a region in the complex plane in Matlab 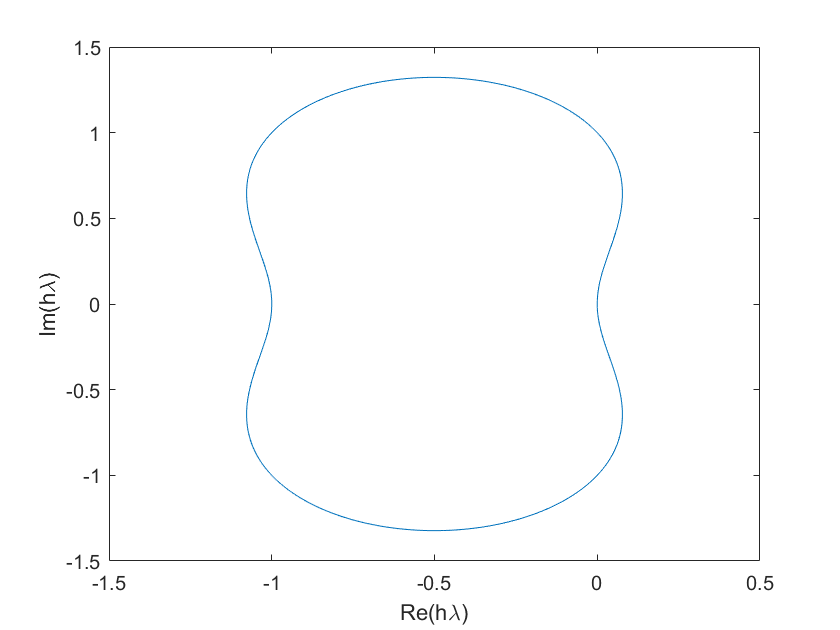 Walter Roberson 2020년 10월 11일
⋮
This turns out to be a bit tricky.
If you record the handle
h = fimplicit(f1);
then h.XData, h.YData are the vertex lists. The vertex lists are also available in several other places inside of h.
However... the XData, YData both have embedded NaN. It looks as if each place that the function has a major change in curvature, a different nan-separated group of vertices is started.
Now, you might expect "Okay, just delete the nan out of the vertex lists!", but it turns out that the groups are not in sequence, and also that there are definite gaps between the pieces.
Often, using boundary() can be used to adapt between a set of points and a continuous line, but boundary() does not get the (concave) indentations right.
I was not able to find any properties (including hidden ones) that indicated how the segments should be joined, or what order the segments should be in. 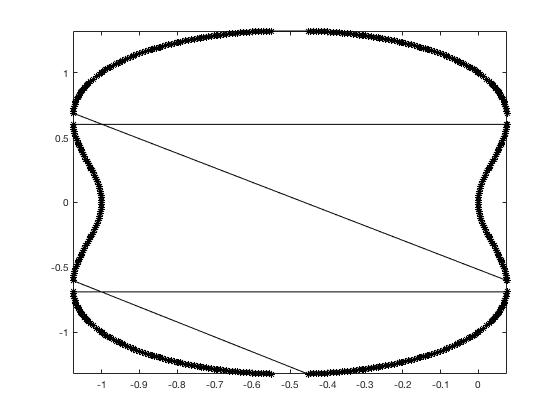