Gabriel Pauka 2020년 12월 29일
⋮
편집: Gabriel Pauka 2021년 1월 2일
Dear all,
I am working with the LAUNCHXL-F28379D launchpad, from the series C2000 from Texas Instruments, using Simulink Embedded Coder Support Package for Texas Instruments C2000 Processors to code it. I am developing a control algorithm in my thesis and want to use said launchpad to implement it to control a permanent magnet synchronous machine.
I am using the BOOSTXL-3PhGaNInv with a three-phase Y-connected RL load to simulate a machine (up to a certain point) and test the functionalities in a safe manner. I am logging the signals using SCI communication and Simulink, to visualize all variables and signals. CPU1 sends the signals to CPU2 via IPC, which sends them to my PC via SCI. This was based on Antonin's DC/DC Buck Converter communication (available at https://www.mathworks.com/matlabcentral/fileexchange/61420-dc-dc-buck-converter-example?s_tid=prof_contriblnk). I had some problems so far, however I was able to solve all of them by searching in Texas Instruments' e2e forum and Mathworks' MATLAB answers... except for one, in which I have spent a couple of days without success.
To understand all functionalities and debug them properly, I am implementing my code by levels (as also done by Texas Instruments in Performance Analysis of Fast Current Loop (FCL) in Servo Drives Using SFRA on C2000™ Platform, available at https://www.ti.com/lit/an/sprt735/sprt735.pdf). I am now generating three-phase PWM signals in open loop, with a magnitude reference and angle being both generated internally. Here is a piece of my code that illustrates my goal: 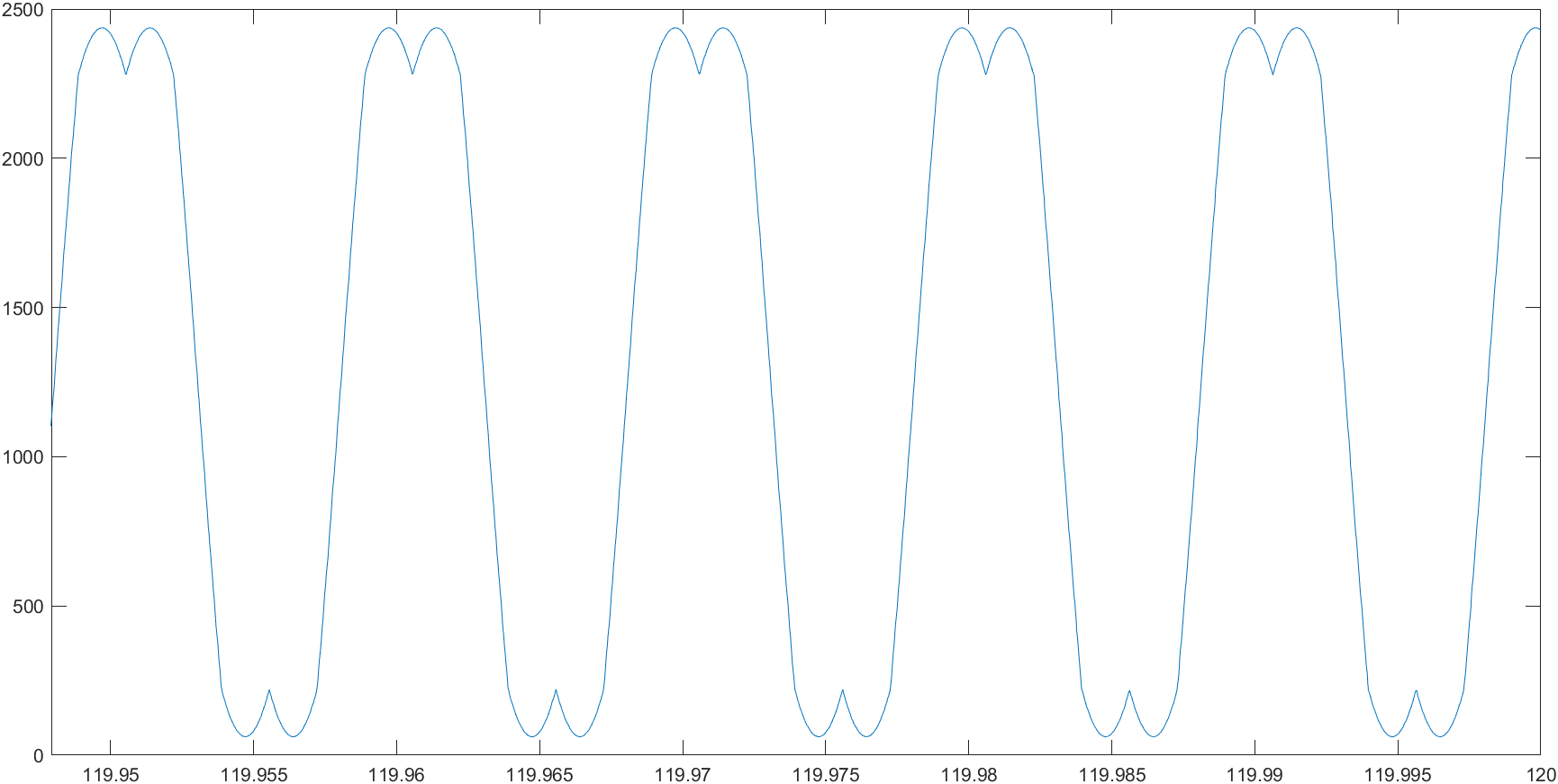 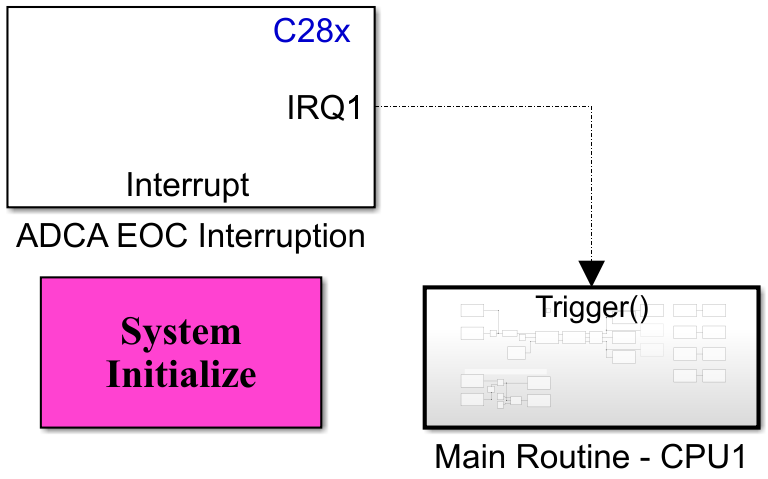 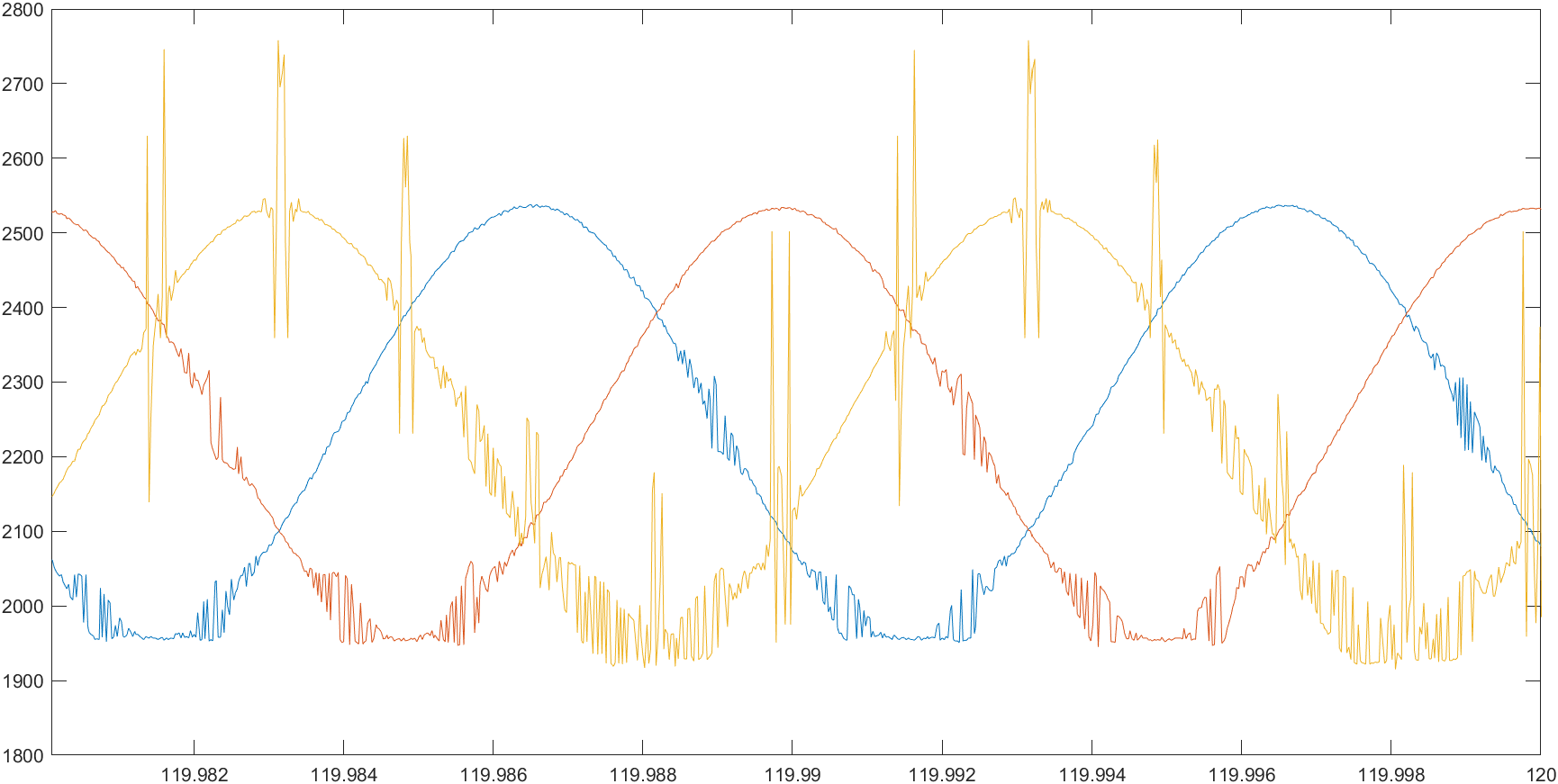 Gabriel Pauka 2021년 1월 2일
⋮
Update: after spending several hours rebuilding my model, changing settings back and forth, I "got stuck" with the following waveform, with an amplitude modulation of 100%: 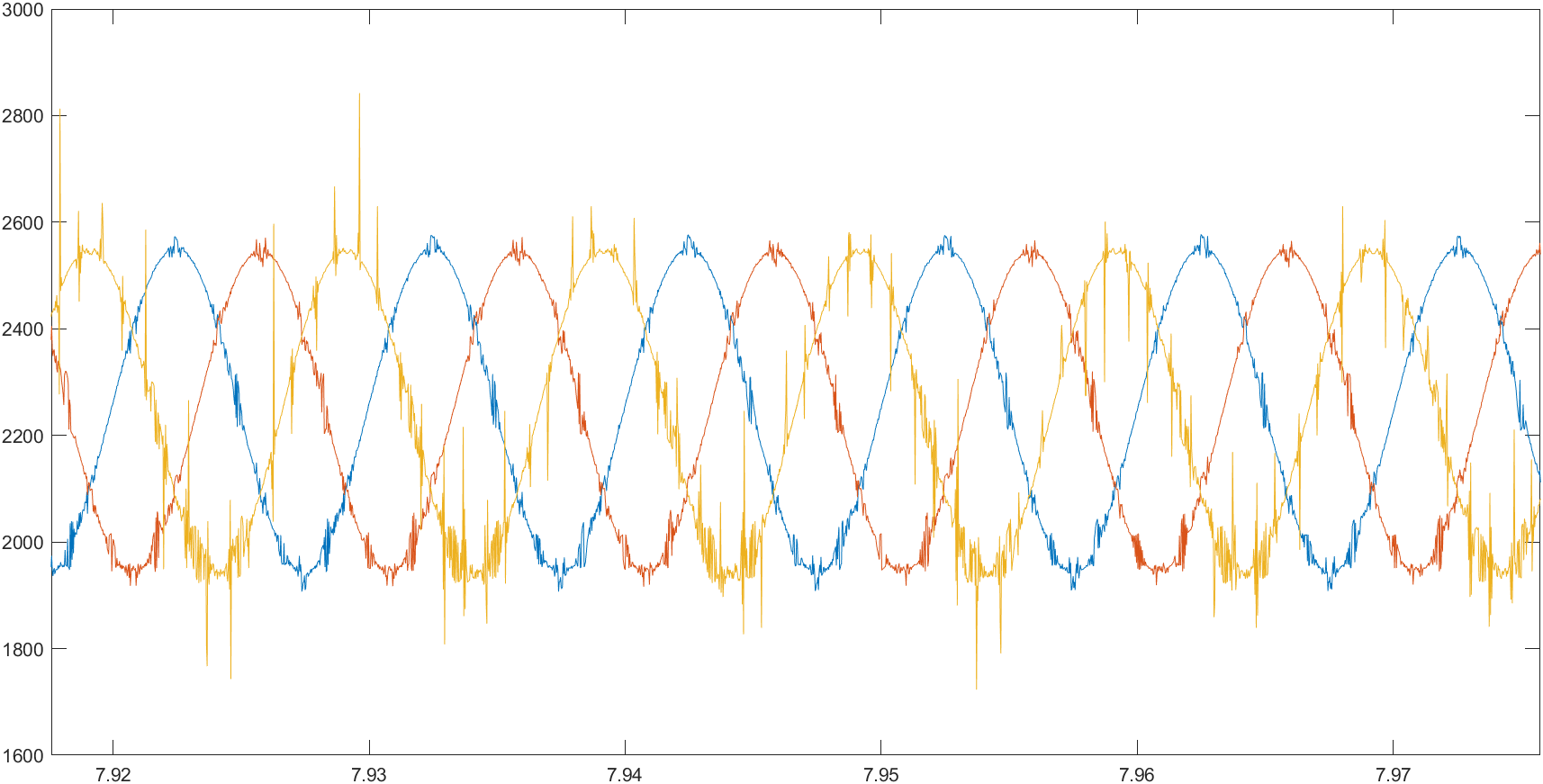 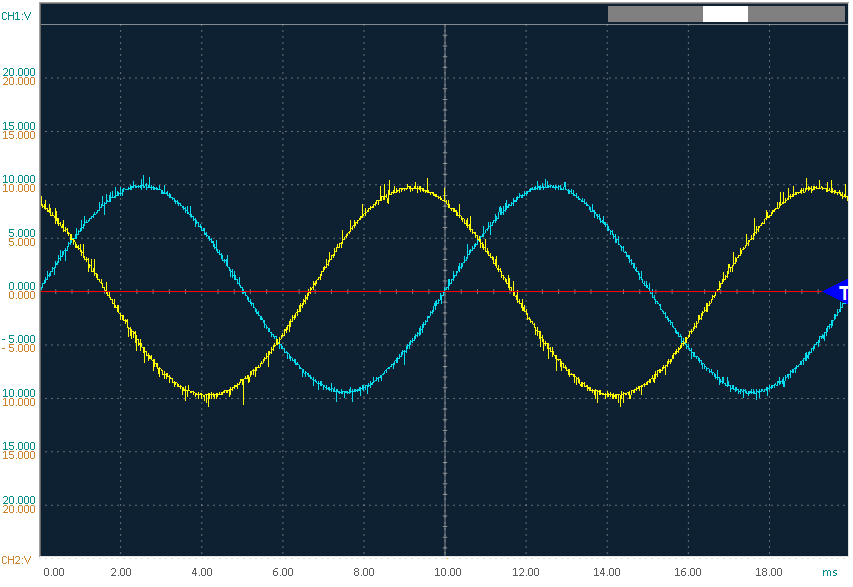