Kostas 19 Oct 2019
⋮
Edited: Kostas 21 Oct 2019
Hi all,
I have created a 2 degree of freedom model of an engine driving a propeller with a 'flexible crankshaft' modelled in simscape. The input toqrue from the engine is a funciton of its angular displacement

(numerically interpolated and loaded from an external .mat file) and to complete the torque balance, the resistive torque at the propeller is a function of the propeller's anglar velocity to the power of 1.7 times a constant L. See below: 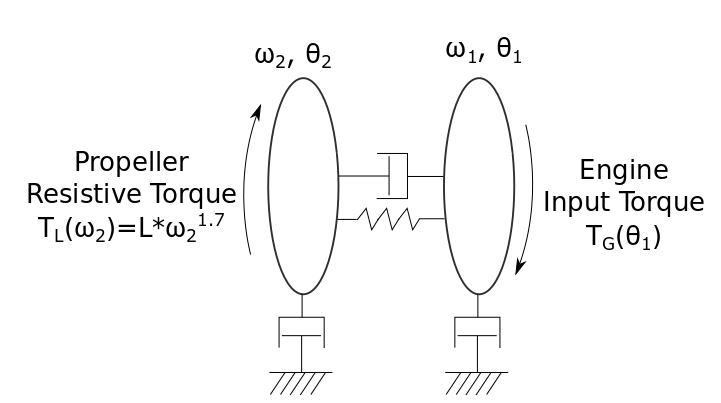 Naturally, due to the dependence of the above torque functions to

, this implies that I have designed my model with feedback. However in the case of the propeller something appears to be going wrong, as the angular velocity feedback does not seem to get incorporated correctly into simscape, and as proof of that, when i measure the relative angular displacement of the engine and propeller, the result is zero! (see below the propeller Simscape diagram): 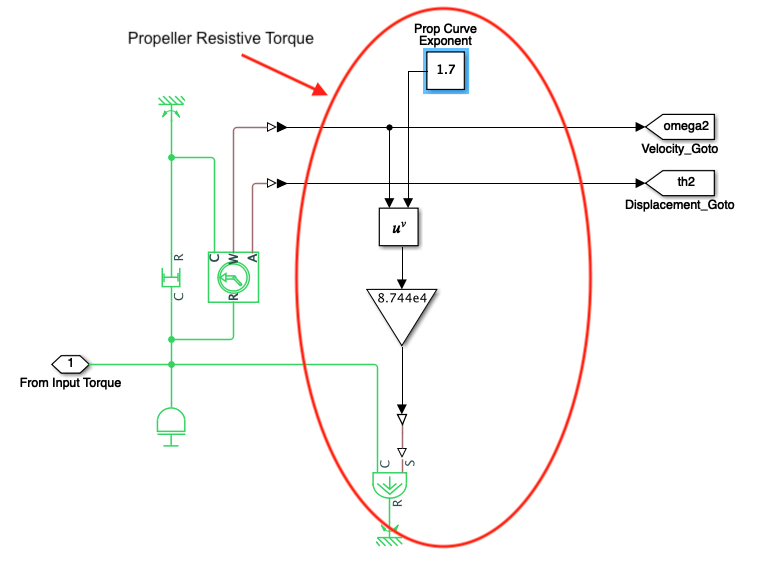 What I have tried so far:
So I am lead to believe that there must be a problem with an algebraic loop that I either don't comprehend how to treat, or I am not modeling my system correctly in simscape to correspond to the physical system. The funny thing is that I have managed to solve the system as a system of ODEs using matrices, so there definitely is a solution to it, and simscape should not struggle for it. So any ideas on the above?
Thanks for your help in advance,
KMT.
P.S.
You can find attached the model and its respective .mat file in case you need it.