Mark Driessen 2021년 6월 17일
⋮
Hi,
I am having issues with the verification of a lumped element model in Simscape. My goal is to verify the plant transfer function that has been derived by means of Laplace transformations.
The following system is considered: 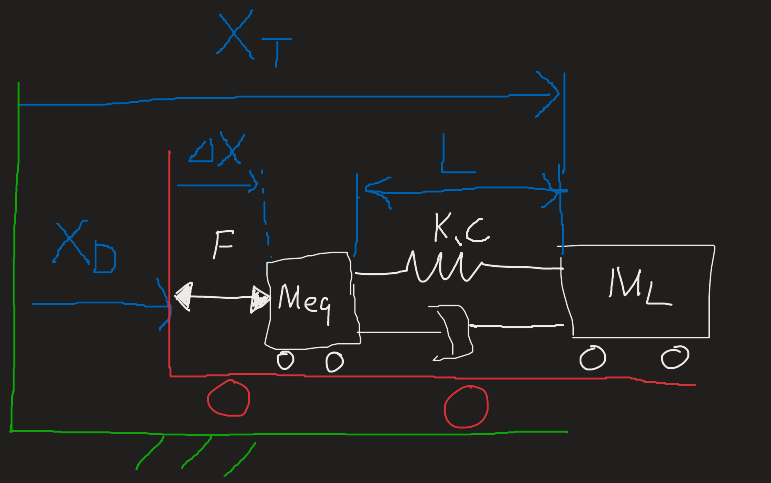 Plant transfer function G1 relates actuator force input to trolley position output and is given by the following equation:

Full derivation of plant TF G1 is considered in the attachment.
By analysis of this TF, or by simply plotting the Bode diagram, it appears that this TF has 2 double pair poles and 1 zero. The resulting Bode diagram: 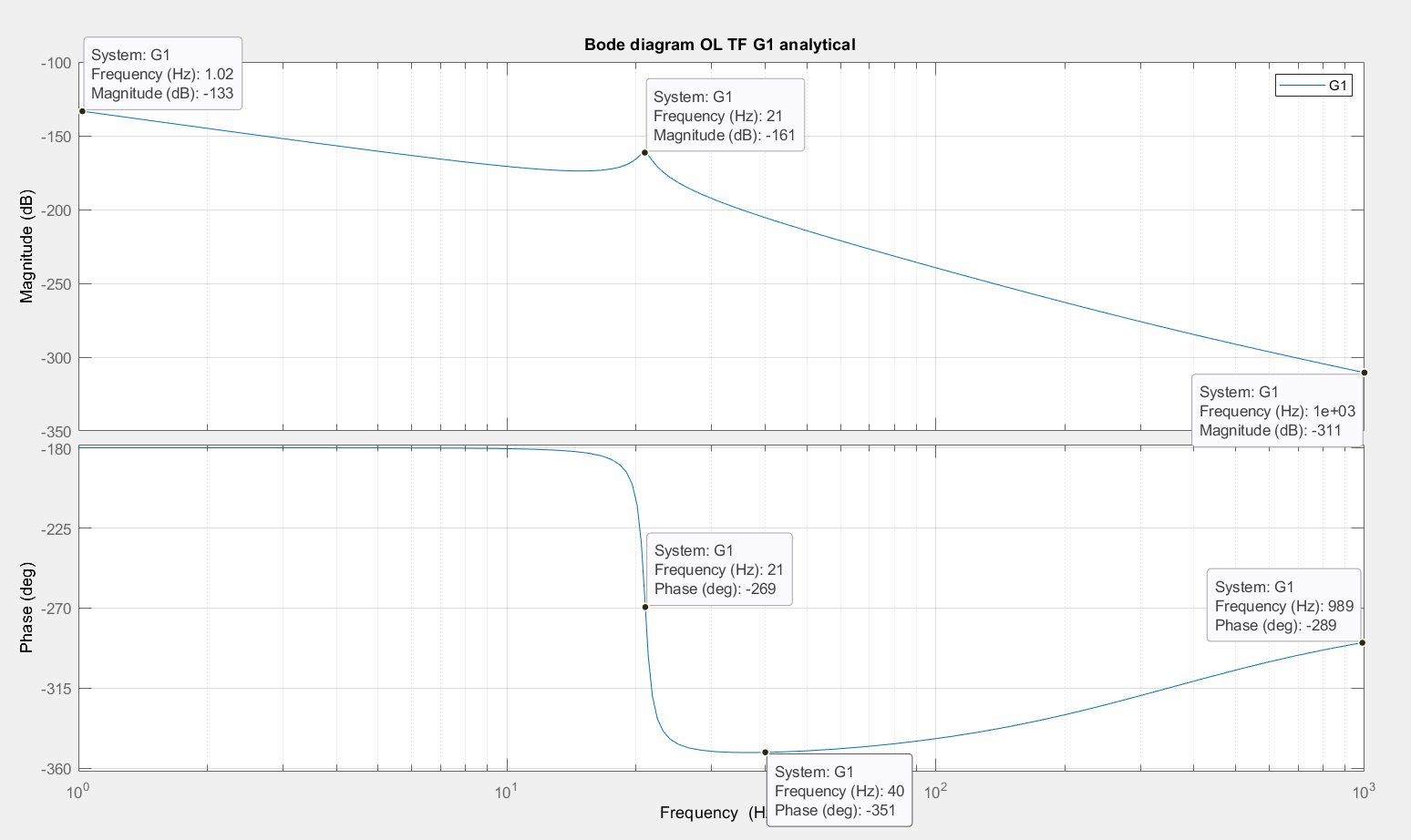 Currently, I am working on a more detailed model and decided to verify this model with Simscape because Simscape is able to analyse lumped element models. The first step of this process is to verify the plant TF, since this is the cornerstone of the model.
In Simscape, I build the following model: 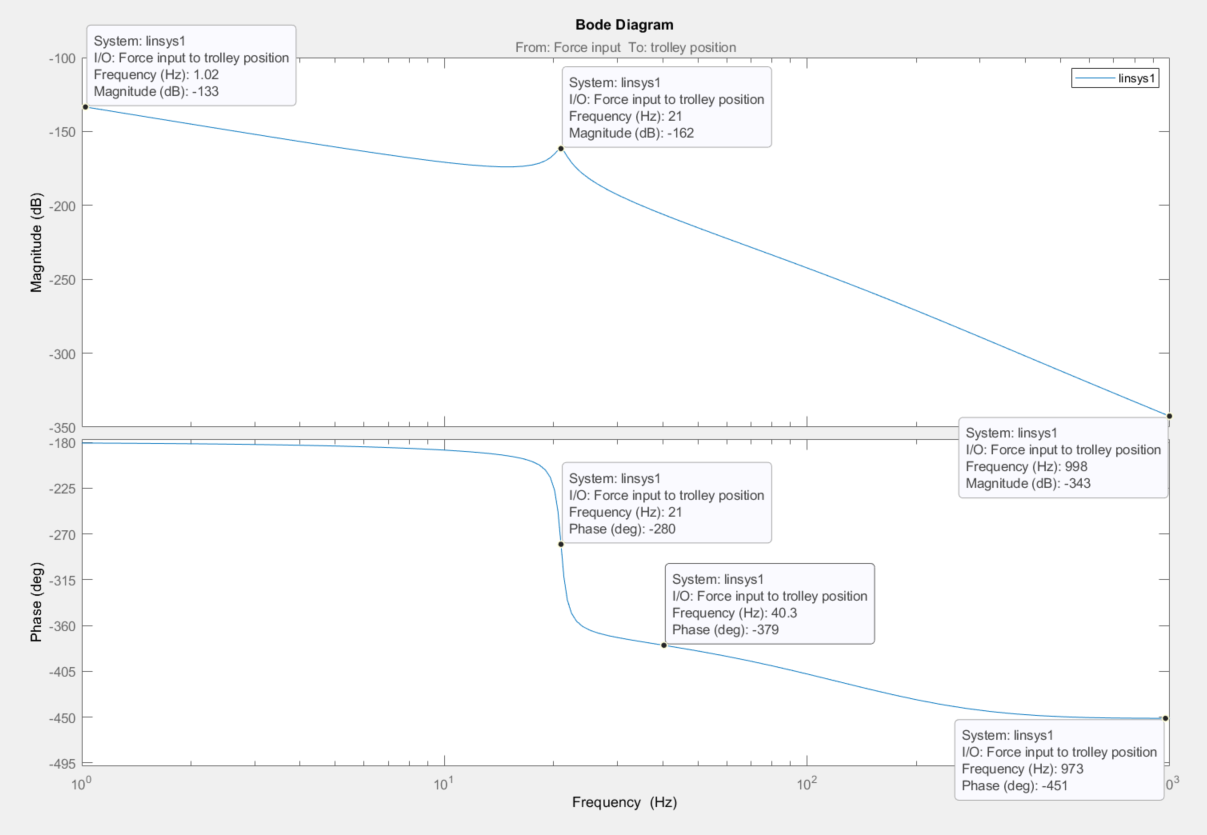 It is obvious that the magnitude and phase response of the Simscape model decrease further than the responses of the analytical model. One reason I can think of is that the Simscape TF contains 2 more poles wrt the analytical TF of G1. This raises the following question: why 2 additional poles? This could mean that the Simscape system contains an additional mass body, however I can't wrap my mind around where this mass would appear.
Did I overlook something?
Thank you for your attention,
Mark