Sean 2017년 6월 26일
⋮
답변: Steve Miller 2019년 4월 3일
I'd like to model two masses that are attached by springs and dampers (picture below). I'm interested in their behavior after they are let go and acted upon by gravity. 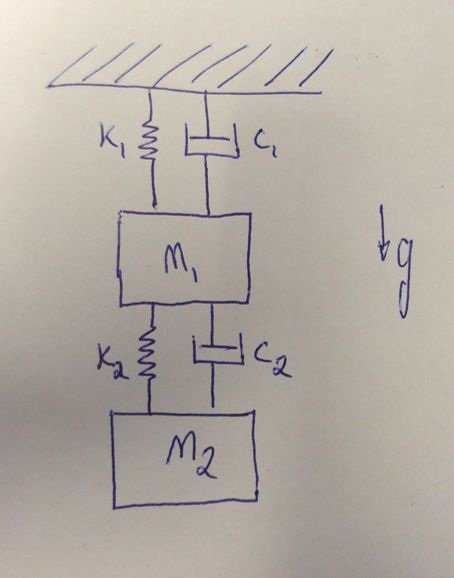 So far I have the following system: 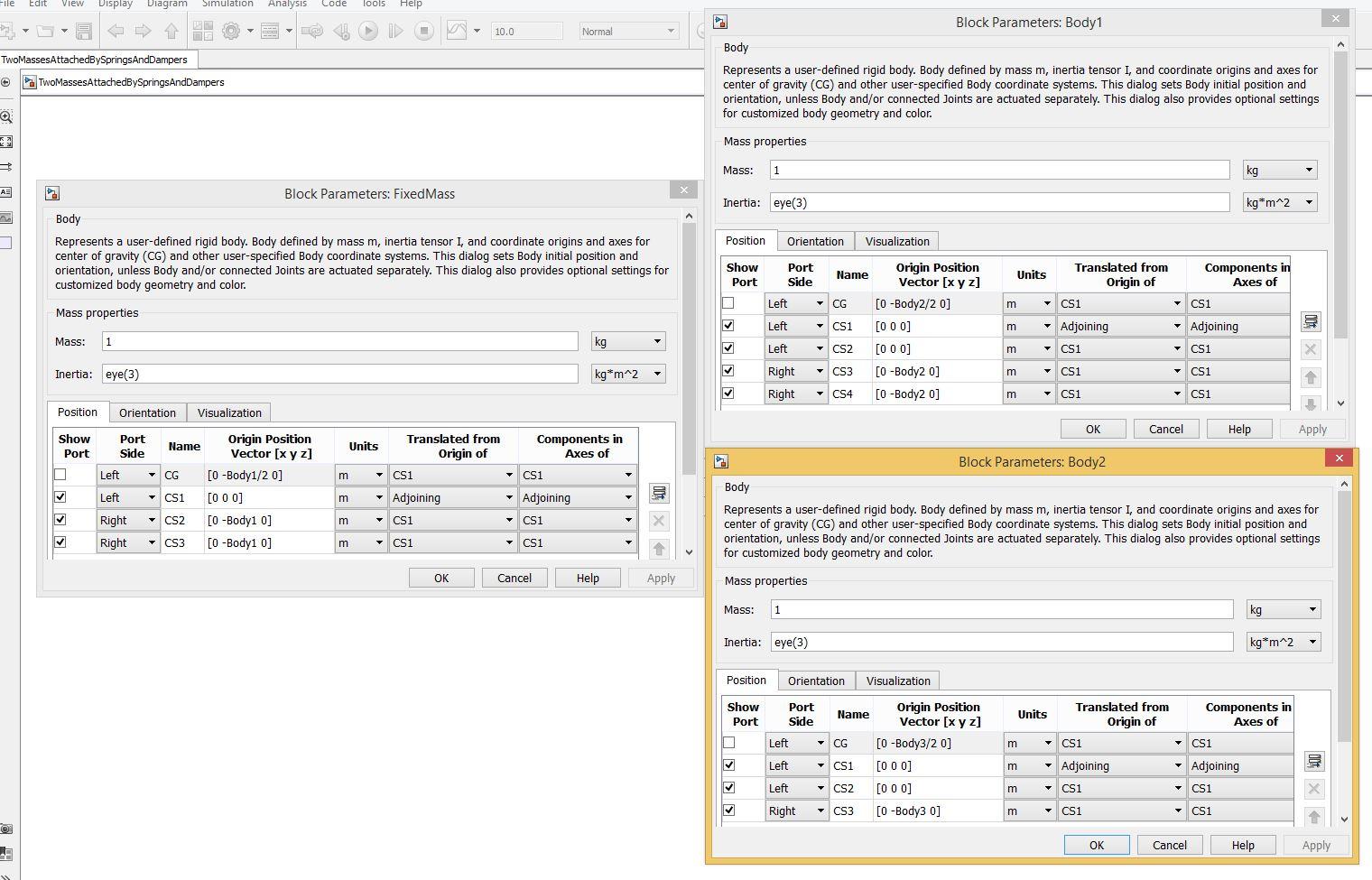 Does anyone know of a Simscape Multibody example that uses the Body Spring & Damper block?
Thank you very much for your help.

⋮
Have you looked at this FileExchange entry? Seems like it is modeling the same system. It also allows you to specify some trajectory as well and see the response. If you wanted to see what the effect is just under gravity, comment the 'Extremity Trajectory' subsystem in the model. (Although I haven't looked at this model in detail, I am guessing that's what that does).

Steve Miller 2019년 4월 3일
⋮
Hi - if you posted your model, we could debug it.
I would highly recommend you explore modeling this in Simscape Multibody Second Generation technology. You would use fewer blocks (the spring-dampers are contained in the joints) and would not have to create so many coordinate systems.
--Steve