Height of a figure spontaneously changes. 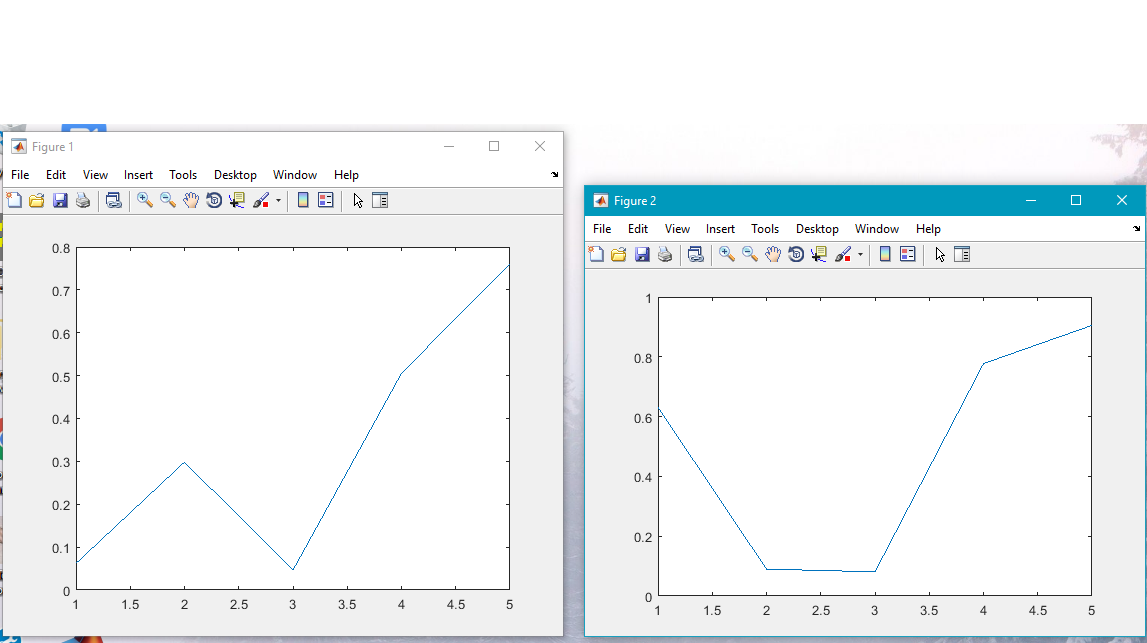 ⋮
Thanks, that fixes it. But it is still a bit weird that a fix is needed at all. At no point in the code do I do anything that should change the height/width of any of the figures...

⋮
I imagine there's something in the background that's depending on reading those transient properties that you're modifying. It's probably just a matter of timing that one gets influenced and the other doesn't.
This line
H(i).OuterPosition = OP;
sets offset as well as height,width. At this point, the height and width stored in OP are the transient (undersize) values. Sometime between setting this property for the first and second figures, something gets updated in the background, and those yet unrealized changes are immediately overwritten when setting the property on the second figure. So figure 1 undergoes the magical resizing, but figure 2 is forced to stay at the undersized temporary geometry.
I don't get it either, but I've grown accustomed to dealing with laggy window managers and stale properties in my ad-hoc bash automation scripts, so that's my bumbling interpretation based on little more than a similarity in the character of the frustration involved. I'm probably at least half wrong.
IA's suggestion of drawnow() is something that rarely crosses my mind, but is probably way smarter than a fixed delay. That's just my bash habits showing.