What indicate the values in colorbar? 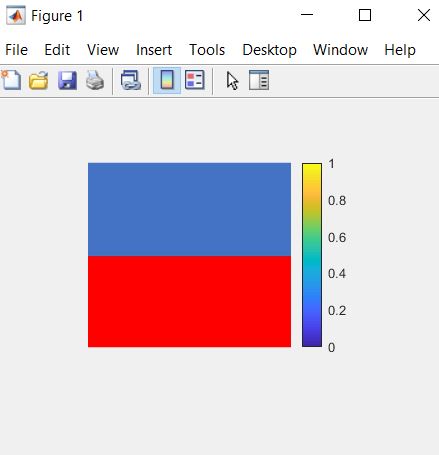 2) What is changed in the image "RB.jpg" with the following code, and what are the meaning of the values in the colorbar now?
A = imread('RB.jpg');
figure;
imshow(A);
AA=mean(A,3);
figure;
imagesc(AA); 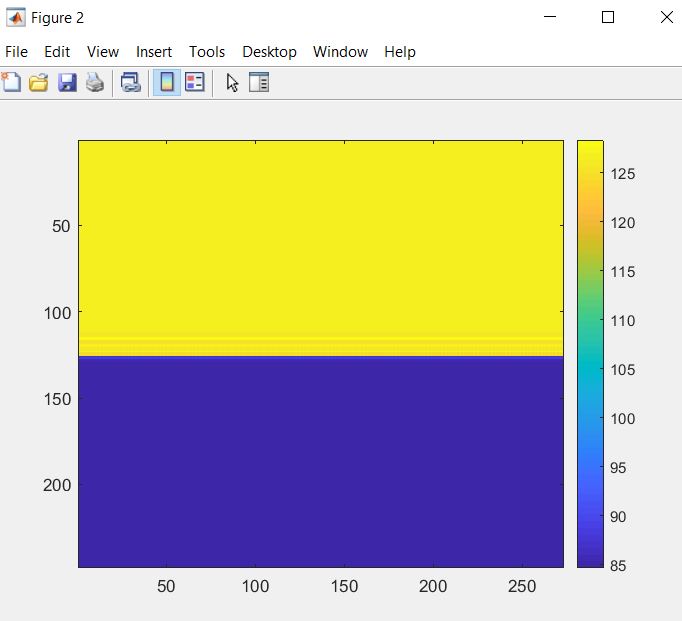 Thanks in advance :-)
Yama 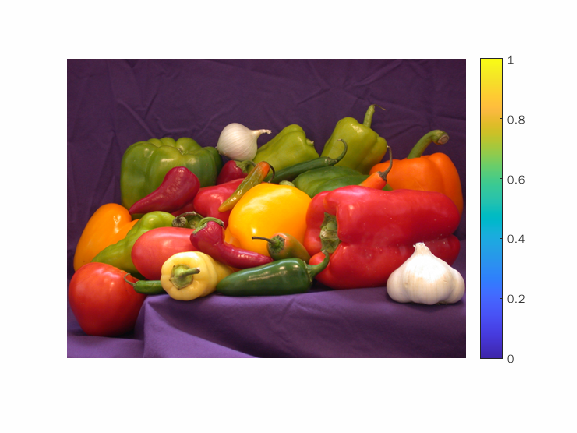 However, imagesc() renders the image using the current colormap, and so the colorbar shows the mean pixel value. As the image is uint8 class, it's understandable that the mean values are somewhere in the midst of [0 255]
clf % just for web view
imagesc(mean(A,3))
colorbar 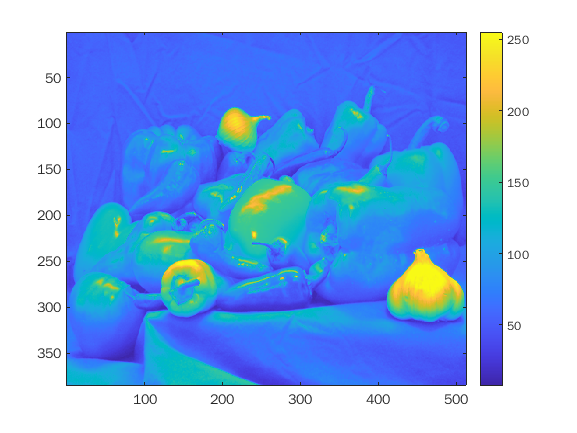 This might get a bit confusing as the behavior varies between RGB and single-channel images. For example, if you repeat the first example with a grayscale version of the image, then the colorbar does refer to the image pixel values.
clf % for web view
imshow(rgb2gray(A))
colorbar 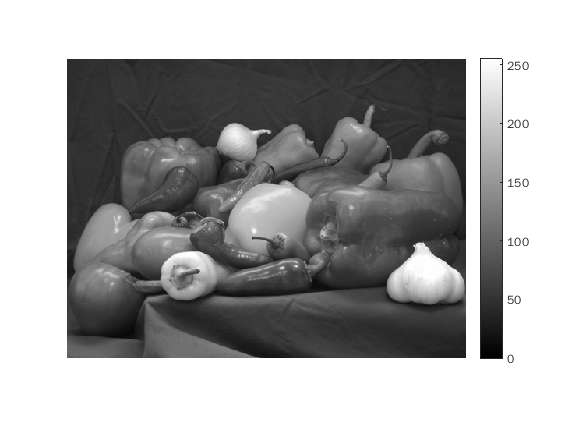 In this case, it adopts a grayscale colormap, but there's nothing stopping you from using another colormap.
clf
imshow(rgb2gray(A))
colorbar
colormap(parula) 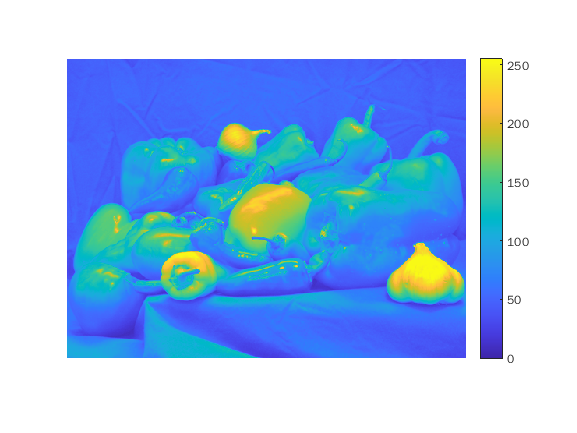 ⋮
Thanks for your answer :-) But to be honest, I am still a little confused. What is meant by "mean pixel value"? I thought the pixel color code is a vector of three values. so what does (for example) the value 250 in the color bar mean?
Regards