Remaining useful life (RUL) is the length of time a machine is likely to operate before it requires repair or replacement. By taking RUL into account, engineers can schedule maintenance, optimize operating efficiency, and avoid unplanned downtime. For this reason, estimating RUL is a top priority in predictive maintenance programs.

An RUL estimation model not only predicts RUL but also provides a confidence bound on the prediction. The model inputs are condition indicators, features extracted from sensor data or log data whose behavior changes in a predictable way as the system degrades or operates in different modes.

The method used to calculate RUL depends on the kind of data available:

Predictive Maintenance Toolbox™ provides models for estimating RUL from each type of data.

Proportional hazard models and probability distributions of component failure times are used to estimate RUL from lifetime data. A simple example is estimating the discharge time of a battery based on past discharge times and covariates, variables such as the environment in which the battery operated (such as temperature) and the load placed on it.

The survival function plot in Figure 1 shows the probability that a battery will fail based on how long it has been in operation. The plot shows, for example, that if the battery is in operation for 75 cycles, it has a 90% chance of being at the end of its life time. 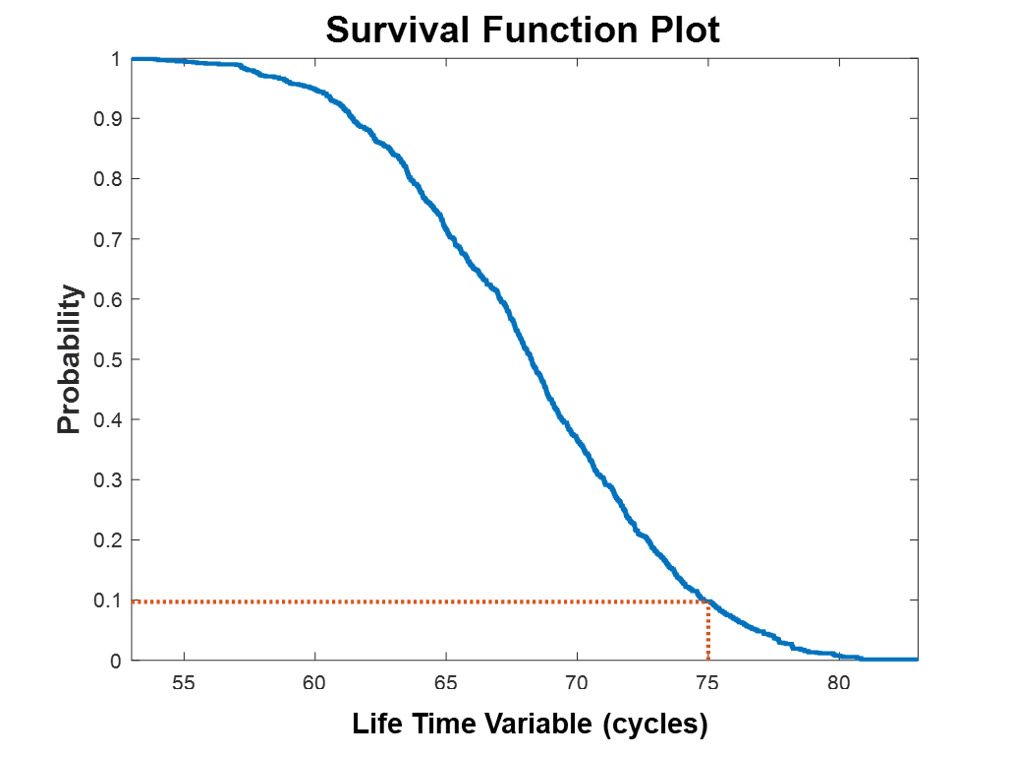 Figure 1. Survival function plot. At the end of 75 cycles, the probability of a battery's continuing to operate is 0.1, or 10%.

If you have a database of run-to-failure data from similar components or different components showing similar behavior, you can estimate RUL using similarity methods. These methods capture degradation profiles and compare them with new data coming in from the machine to determine which profile the data matches most closely.

In Figure 2, the degradation profiles of historical run-to-failure data sets from an engine are shown in blue and the current data from the engine is shown in red. Based on the profile the engine most closely matches, the RUL is estimated to be around 65 cycles. 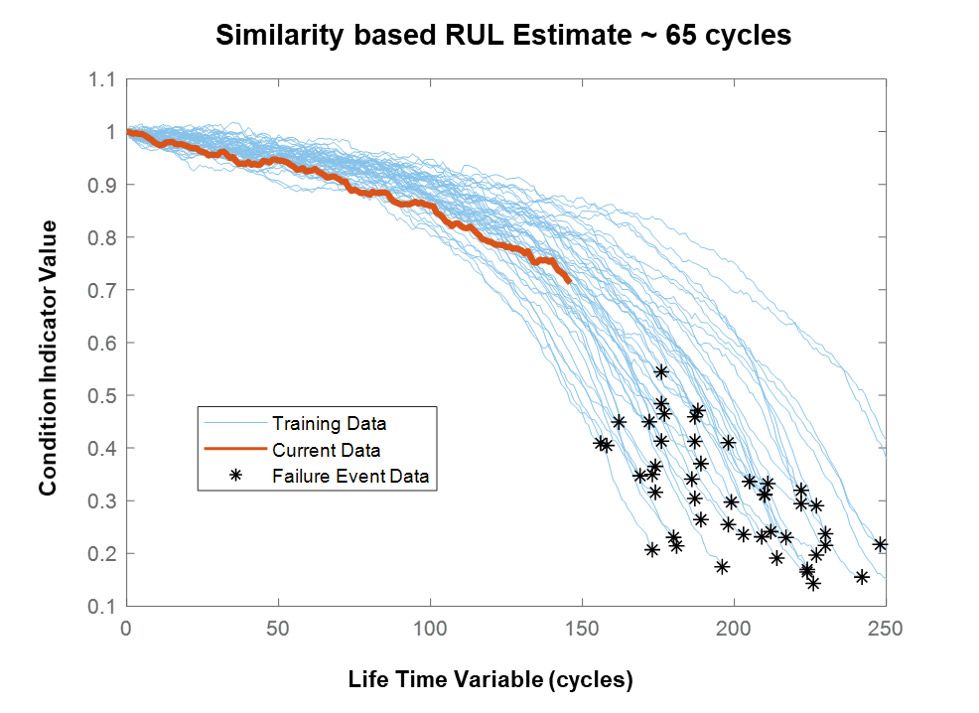 Figure 2. Degradation profiles (blue) based on run-to-failure data. The distribution of the stars (or endpoints) of the nearest blue curves gives an RUL of 65 cycles.

In many cases, run-to-failure data or lifetime data was not recorded but you do have information on prescribed threshold values—for example, the temperature of a liquid in a pump cannot exceed 160oF (71oC) and the pressure must be under 2200 psi (155 bar). With this kind of information, you can fit time series models to condition indicators extracted from sensor data such as temperature and pressure, which rise or fall over time.

Figure 3 shows an exponential degradation model that tracks failure in a high-speed bearing used in a wind turbine. The condition indicator is shown in blue. The degradation model predicts that the bearing will cross the threshold value in approximately 9.5 days. The region shaded in red represents the confidence bounds for this prediction. 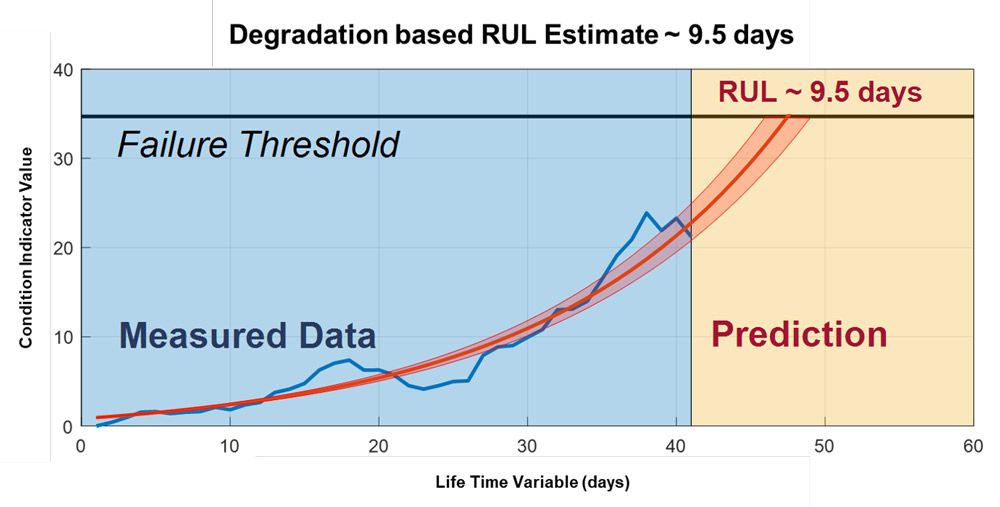 Figure 3. Degradation model for a high-speed bearing. The bearing has an estimated RUL of 9.5 days based on its current condition data (blue) and the exponential degradation model (red) fit to this data.

Once you have reliable estimates for RUL, you can integrate them into dashboards used by operators or incorporate them into alarm systems monitored by maintenance teams. Teams can then respond to changes in equipment health as quickly as possible, and without affecting operations.