This article is the second in a three-part series. Part 1, Estimating the Frequency Response of a Power Electronics Model, introduced a six-step workflow for estimating the frequency response of an open-loop boost converter. Part 3, Cascade Digital PID Control Design for Power Electronics Models, describes a frequency-response-estimation based control design workflow for tuning the controller gains of a switch-mode buck converter with inner current control loop and outer voltage control loop.

Power electronics engineers can use frequency response estimation (FRE) tools available in Simulink Control Design™ to linearize switch-mode power electronic converters modeled, for example, with Simscape Electrical™ components. With FRE, you select the relevant portion of the converter model and inject a perturbation signal of controllable amplitude and frequency content into the system in steady state. You can then compute the frequency response or a transfer function that represents the system dynamics near the operating point. 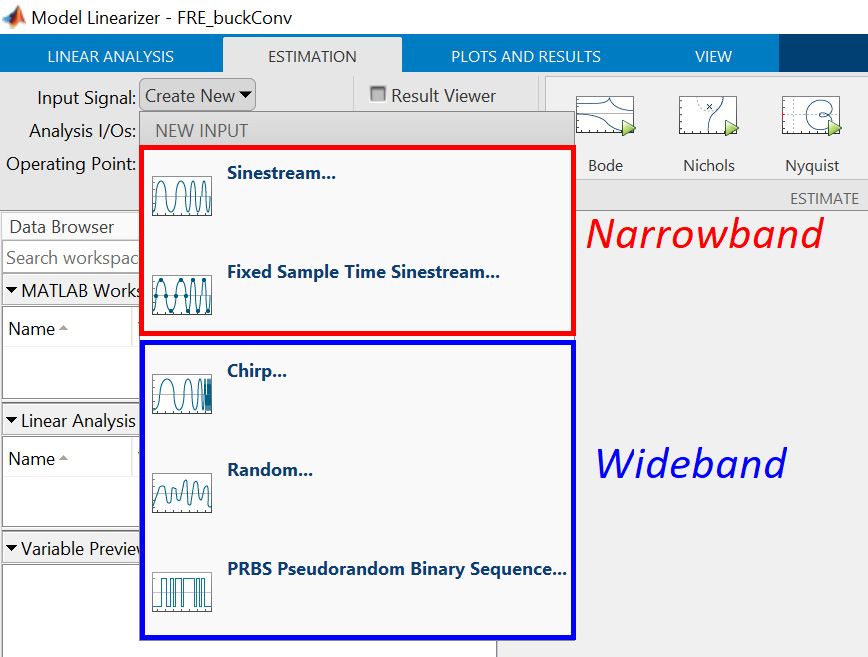 Figure 1. Perturbation signals available in the Estimation tab of the Model Linearizer in Simulink Control Design.

This article compares FRE for an open-loop buck converter with sinestream and with PRBS, focusing on estimation time, number of estimated frequency points, and estimation accuracy.

A buck converter is a power electronics topology that can supply a load with a DC voltage lower than the DC supply voltage. It is widely used in many applications with different power ratings, including consumer electronics products, electric automobiles, more-electric ships and aircraft, renewables, and LED drivers.

Figure 2 shows a switch-mode buck converter modeled with Simscape Electrical™ components. It operates in continuous conduction mode (CCM)—that is, the inductor current never goes to zero in steady state. The converter operates in open loop, driven by a PWM Generator block with a constant duty cycle. To mimic a real-world embedded controller, sampling is included in the model. The linearization input and output analysis points are set to identify the control-to-output transfer function.

Sinestream or PRBS? Setting Up the Comparative Analysis

Sinestream consists of a sequence of sine waves with increasing frequencies. To cover the desired frequency range, the sine wave input needs to be swept at controllable frequency increments. Each frequency excites the system for a certain number of periods. The estimation time can be long if many frequency points are required or if frequency response needs to be estimated at low frequencies.

Pseudo-random binary sequence (PRBS) reduces the estimation time. PRBS is a deterministic signal that commutes between two values and has white-noise-like properties. A PRBS signal is inherently periodic, with a maximum period length of 2n-1, where n is the PRBS order.

Figure 3 shows the sinestream signal injected at the output of the Duty Cycle block of the buck converter. It has been set with the Model Linearizer app to have 15 logarithmically spaced frequencies from 100 Hz to 20 kHz, each with a peak amplitude of 0.02 (2% duty cycle). Each frequency is represented by four periods. 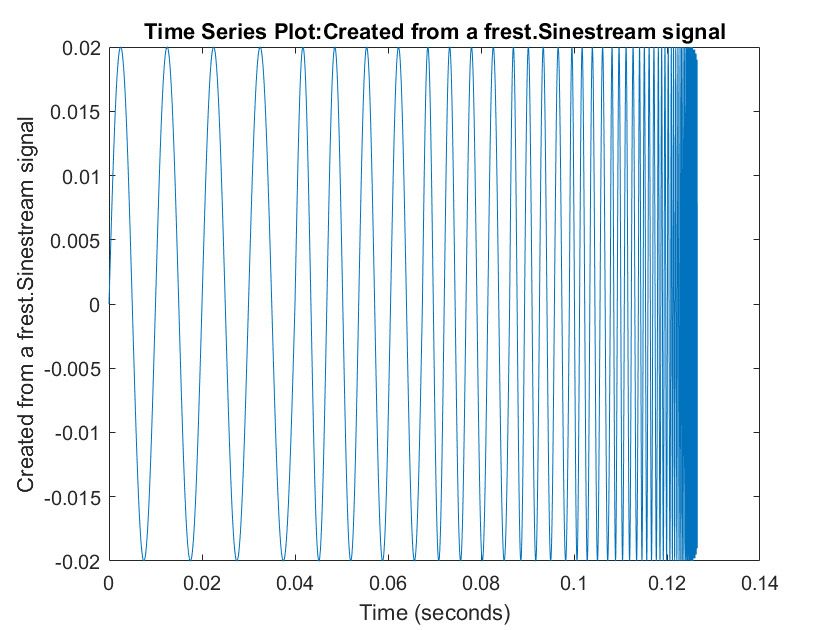 Figure 4 shows a single-period PRBS signal set in Model Linearizer with order 11 and (peak-to-peak) amplitude of 0.04. The sampling time for both sinestream and PRBS, set to 10 µs, must match the control sampling time.

To generate the plots shown in Figure 3 and Figure 4, create the perturbation objects in the Model Linearizer app, move the objects in_sine1 and in_prbs1 to the MATLAB® workspace (Figure 5), and then use the following commands: 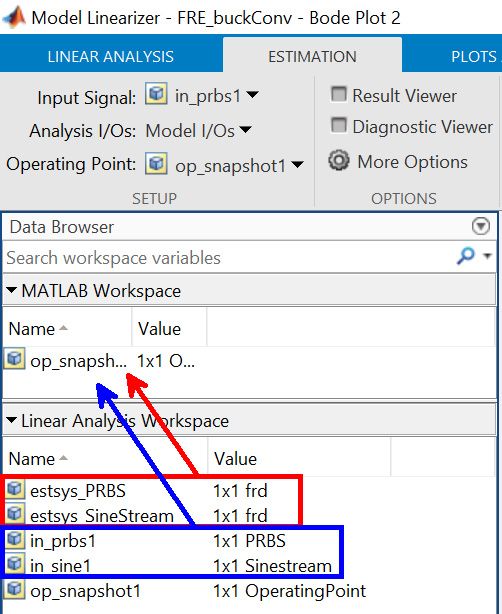 In our example, the simulation time for the sinestream signal is given by four times of each of 15 periods, with each period corresponding to one of the selected logarithmically spaced frequencies. You can calculate it as follows:

The simulation time for PRBS is given by the maximum period length 2n-1 multiplied by the sampling time. For the PRBS signal in_prbs1 shown in Figure 4, n = 11 and the sampling time is 10 µs. You can calculate it as follows:

Note that you need to move the objects in_sine1 and in_prbs1 to the MATLAB workspace (Figure 5) to execute the above commands.

The number of frequency points in the estimated frd object depends on which input signal is used for the estimation.

If you use a sinestream signal, the frequencies in the estimated frd object are the frequencies specified in that signal. You can verify which frequencies are present with the MATLAB Variable Editor (Figure 6) after launching the following command:

Figure 6. The 15 frequencies of f_SineStream in rad/s in the Variable Editor.

Figure 7. The 1024 frequencies of f_PRBS in rad/s in the Variable Editor.

With the objects estsys_SineStream and estsys_PRBS moved to the MATLAB workspace, you can obtain the Bode plot of the nonparametric estimation results with sinestream and PRBS (Figure 8). The results are consistent, even though the estimation with PRBS seems to be coarse at high frequencies. 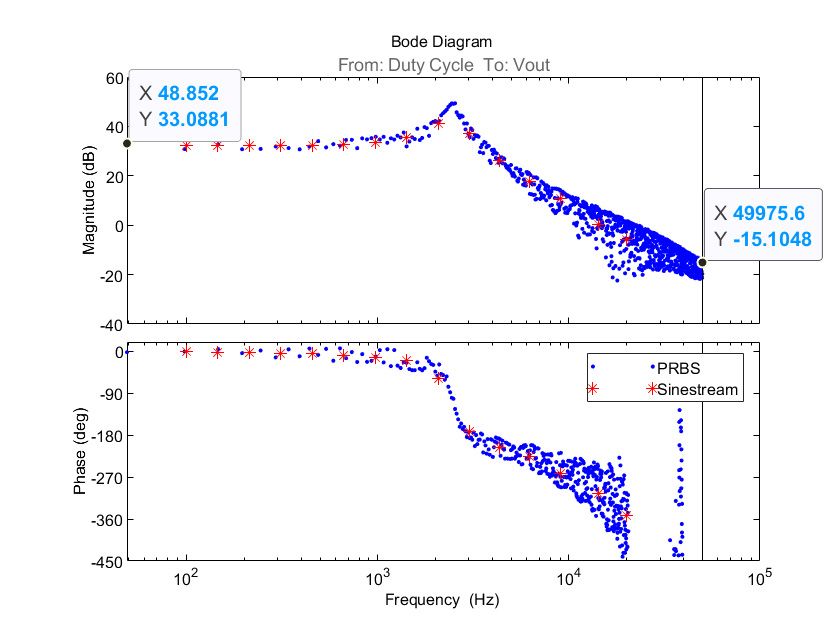 We can now compute and compare the parametric estimations. As described in part 1 of this series, you can obtain the parametric model using tfest from System Identification Toolbox™.

For the parametric estimation with sinestream, you simply execute the following command to estimate a transfer function with 2 poles and no zeros:

The variable iodelay takes into account the delays introduced by computation, PWM, and sampling. Figure 9 shows the Bode plot of parametric and nonparametric estimation with sinestream. 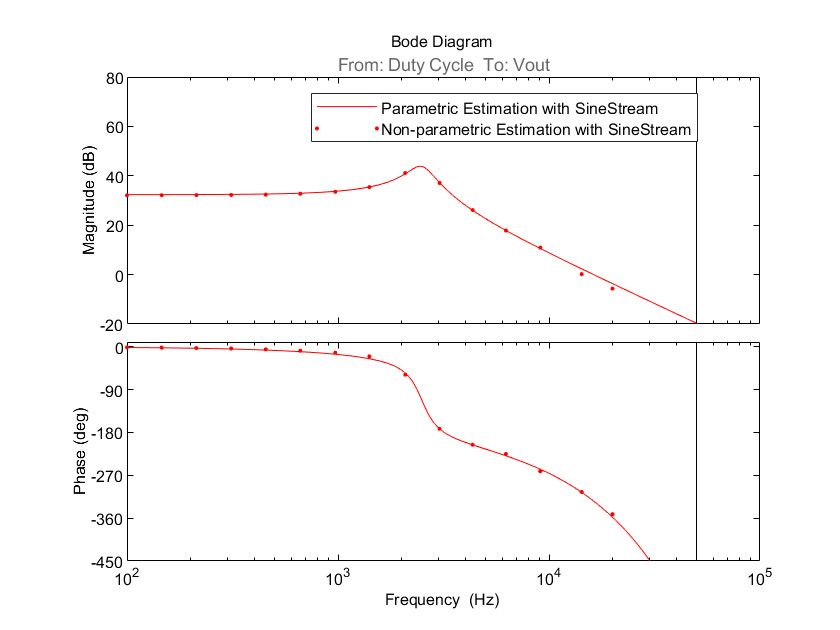 Figure 9. Bode plot of parametric and nonparametric estimation with sinestream.

For the parametric estimation with PRBS, it is best to thin the data points to ensure equal weighting for a controllable number of frequency points to be processed by tfest. The following code creates an frd object containing 100 logarithmically spaced frequencies between 100 Hz and 20 kHz. The function interp is available in System Identification Toolbox.

Then, you can calculate the parametric model with:

Figure 10 shows the Bode plot of parametric and nonparametric thinned estimation with PRBS. 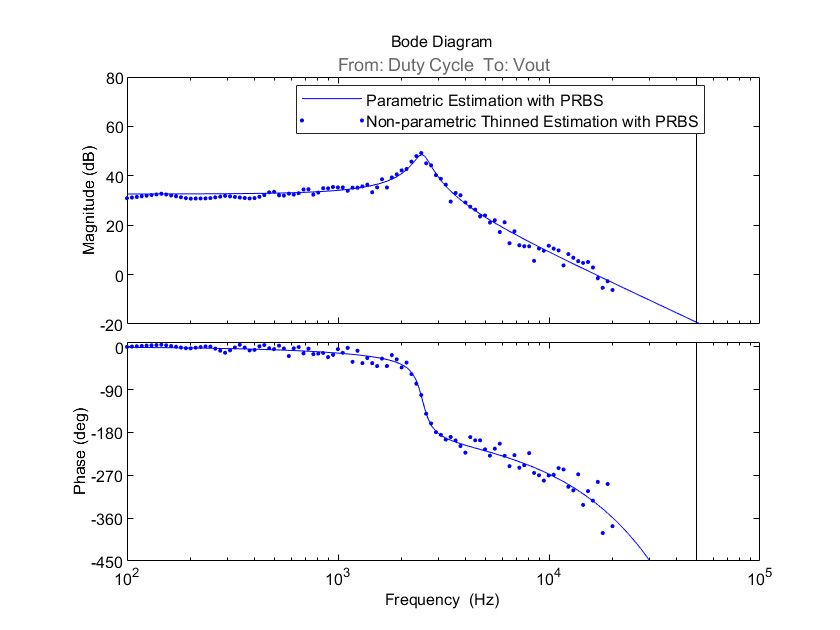 Finally, if you plot the parametric estimations with sinestream and with PRBS and compare them with the equivalent analytic control-to-output transfer function (Figure 11), you may notice the following: 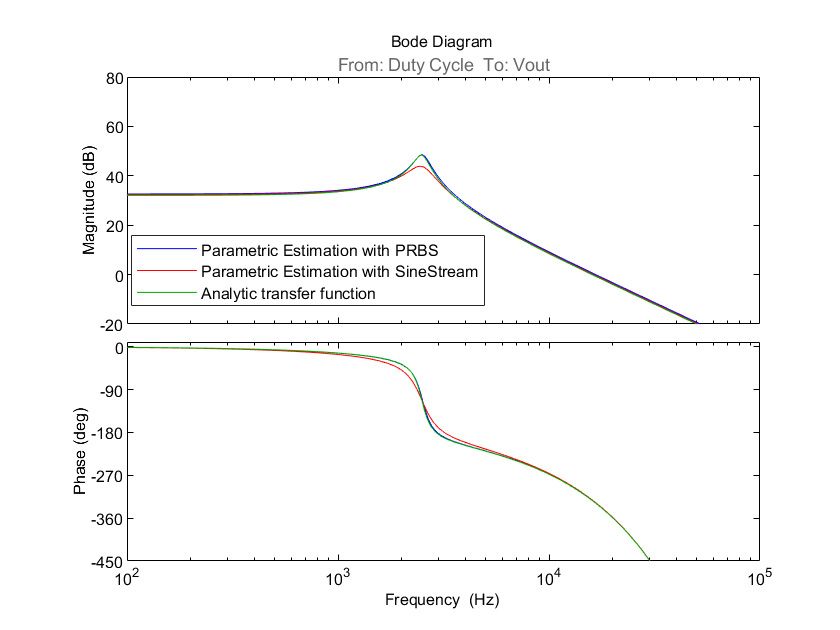 Figure 11. Bode plot of parametric estimations with sinestream and with PRBS compared with the analytic transfer function.

FRE with PRBS is a fast way to calculate transfer functions of switch-mode power electronics converters modeled with Simscape Electrical components. However, since this method estimates a large number of frequency points, special care is required when thinning them to maximize estimation accuracy.

FRE with sinestream generally produces accurate results. However, to accurately estimate sharp resonant characteristics, you may need to increase the number of frequencies, with a resultant increase in estimation time.

Moreover, due to the short injection time, FRE with PRBS has great potential for online estimation. In fact, power electronics systems vary over time, and it is often necessary to complete the estimation in a short time so that dedicated control systems can monitor estimated key transfer functions in real time and take corrective action if needed. Clearly, FRE with sinestream does not support this use case.